Archaeology of Egypt and the Near East: a Comparative Approach

This module emphasises the comparative study of archaeological, written, environmental, and art historical sources from Egypt, the Near East, and neighbouring regions. 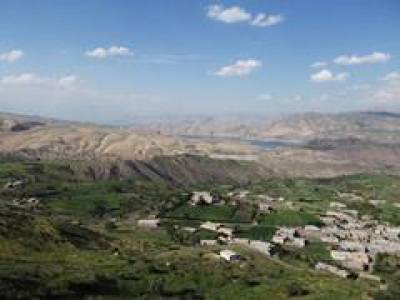 Our attachment to Egypt and the ancient Near East as the 'birthplace of civilization', where the foundations of modern societies were laid, remains as strong today as it has ever been. Yet our current picture of how prehistoric and ancient societies actually developed in those regions could not possibly have been predicted by earlier generations of scholars.

Processes leading to the origins of farming, cities, states, literacy, and empires - all of which developed first in these regions - are currently being rethought in the light of new archaeological data. And our understanding of early relationships between the societies of Middle East, North East Africa, South and Central Asia, and the Mediterranean are being transformed by new evidence for patterns of cultural interaction that cut across traditional frontiers of research. The emerging synthesis constitutes a radical challenge to conventional theories of social and cultural evolution, which this module sets out to explore.

Students enrolling for this module, whether as a core or option, will develop advanced perspectives on current debates in the archaeology of these areas. They will encounter evidence from across a large part of Western Asia and North East Africa, spanning Egypt, Sudan, Mesopotamia, Iran, Anatolia, Arabia & the Gulf, and the Eastern Mediterranean seaboard, as well as parts of Central and South Asia.

Each taught session uses applied case studies to address general issues of archaeological interpretation, with an emphasis on 1) new theoretical perspectives, 2) the understanding of long-term social change through comparative study of neighbouring civilisations, 3) the interpretation of interregional processes operating at a large scale. Case studies will range chronologically from the end of the last Ice Age (c. 10,000 BC) through the Neolithic and Bronze Ages to the Iron Age (c. 500 BC).

Topics to be covered include:

Aims of the module

To explore the implications of Egypt and the Near East for the writing of global history, including its relevance to contemporary social theory and cultural heritage studies

The module is taught through a two-hour weekly seminar. Content ranges from general thematic overviews to detailed presentations of specialist research, and will include extensive visual illustration of key data. All seminars have weekly readings, which provide a focus for students to contribute actively to the discussion. Students will also be given more structured opportunities to present their views both visually and orally in class.