UCL and the British Museum - Exploring and Enhancing Current Relationships

'UCL and the British Museum - Exploring and Enhancing Current Relationships' is a project funded by UCL's Knowledge Exchange and Innovation Fund. It will run for the academic session 2017-18 and will offer opportunities for staff from both institutions to showcase existing collaborations and run workshops to explore future joint projects. The venture will also produce a portfolio of recent and existing relationships between the two institutions for publication and consultation in thinking ahead to the possibilities for reciprocal training arrangements, joint research and funding applications.

We are now actively soliciting information about BM-UCL collaborations - past and present, large and small - and would be delighted to hear from you via the Contact box below 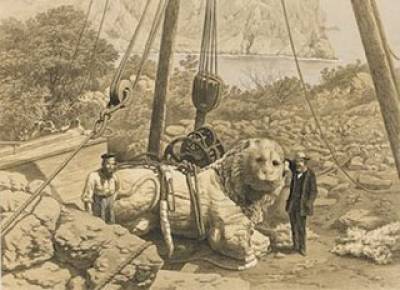 The history of collaborations between UCL and the British Museum stretches back to the very foundation of UCL in 1826. In the 19th C and early 20th C, figures like Flinders Petrie (1853-1942), Charles Newton (1816-1894), and Kathleen Kenyon (1906-1978) undertook excavations for UCL across Egypt and the Middle East, finds from which were added to the BM collections. In some cases, like that of Newton, they even held posts simultaneously at both institutions (in his case Keeper of Greek and Roman antiquities at the BM Yates Chair of Classical Archaeology at UCL). 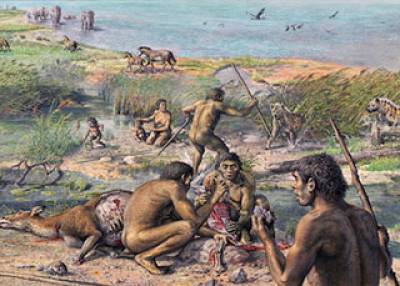 Since then, collaborations on research have developed and strengthened. From projects studying the ancient occupation of Britain to modern subsistence systems in Sudan, the archaeological landscapes around the site of Knossos in Crete, or the documentation of Hans Sloane's catalogues, the number, range and scope of our joint research collaborations keeps growing. Image: John Sibbick Both UCL and the British Museum have a commitment to public engagement and widening participation, and the history of collaborations between the two institutions is also rich in this domain. Examples include projects like MicroPasts, aimed at generating crowd-fuelled and crowd-sourced archaeological data, or the Sierra Leone Heritage Project, which used interactive technologies and objects to raise awareness among Sierra Leoneans on the significance of their country's heritage. Under the Collaborative Doctoral Partnership scheme funded by the Arts and Humanities Research Council, PhD students are jointly supervised by a member of the Museum's staff and a researcher from UCL. This gives the student the opportunity to base their research at the Museum and learn more about how the cultural heritage sector operates while also taking full advantage of UCL's knowledge, resources, and expertise. Since it started in 2007, 11 students have participated in the programme. 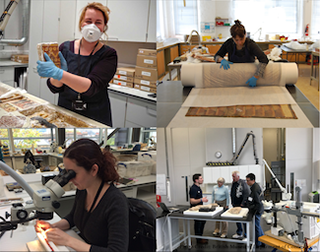 The UCL Institute of Archaeology and the British Museum have been collaborating towards the training of conservators since at least the 1980s. In the last 10 years alone, the BM hosted internships for at least 25 UCL conservation students from the MA Principles of and the MSc in Conservation for Archaeology and Museums.