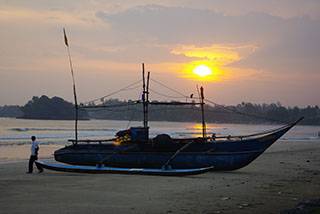 While some oceans, like the Atlantic, operated as barriers, preventing contact and exchange until relatively recently, the Indian Ocean has for millennia served as bridge linking diverse and often distant lands and ethnic groups.

Classical sources accentuate the Indian Ocean's role in the trade routes travelled by Greek, Roman and other ships. What is less recognised, but increasingly apparent is that seafaring activity had much earlier beginnings in the Indian Ocean. Traces of these earlier activities involved many prehistoric/non-literate Asian and African societies. These early contacts played a major role in the translocation of flora and fauna, including well-known domesticates and less well-known commensal animals and weeds. 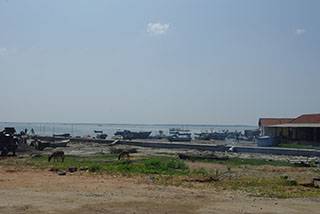 The focus of the SEALINKS project is to gain new evidence and insights in the nature of early trans-oceanic contacts, including a strong emphasis of the movement of domesticated plants and animals, as well as commensal small mammals and arable weeds. At UCL, Dorian Fuller takes a lead role in overseeing archaeobotanical sampling and its integration with other analyses, such as faunal and genetic research.

The project has joined excavations and carried out sampling for plant and animals remains at sites in Sri Lanka, Kerala (India), coastal Tanzania and coastal Kenya, while in the earlier stages of the project evidence was synthesized from further north, from those lands framing the Arabia sea, including the Red Sea and the Persian/Arabian Gulf.

A core of researchers and PhD students are working under the lead of Nicole Boivin (Max Planck Institute, previously University of Oxford), while plant genetics and phylogeography are based at the University of Warwick under the lead of Robin Allaby. Work on small mammal morphometrics and genetics is being carried out in Durham (Gregor Larson), Aberdeen (Keith Dobney) and Cornell University (Jeremy Searle).

Archaeobotany is being led at UCL by Dorian Fuller, and includes work by PhD and MSc students.

This project is interlinked with the Early Rice project and the Pleistocene Hunter-Gatherer subsistence in Sri Lanka project.