More than 300 archaeologists, including 14 from UCL, have signed a letter to the Board of Trustees of the British Museum calling on them to cut ties to BP. 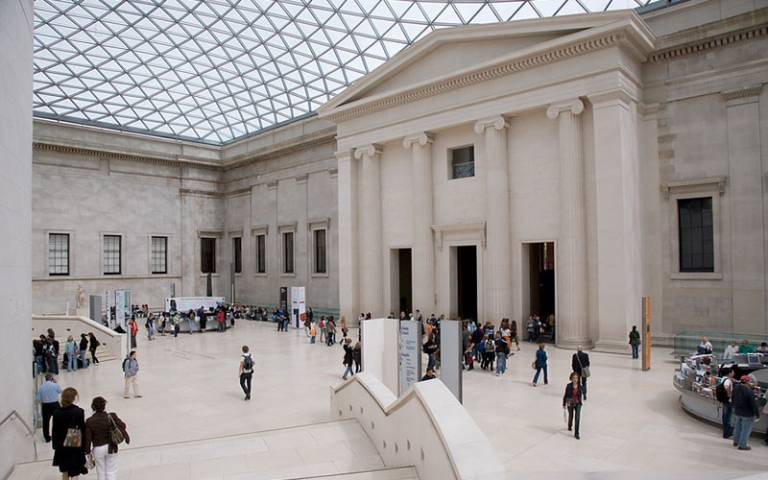 The open letter, which was sent to the Director and Trustees on 14 February 2022, as the new BP-sponsored World of Stonehenge exhibition opens, details the concerns of specialists in the human past – archaeologists, museum and heritage professionals, and students and collaborators in these fields – who have a unique understanding of the unprecedented climatic and environmental crisis now facing humanity.

The signatories are deeply concerned by climate change, which threatens our security and wellbeing, will exacerbate existing global inequalities, and poses particularly catastrophic dangers to Indigenous peoples. They believe that we must all take action in order to reduce the harm that is already being done by increasing global temperatures and highlight that a rapid transition away from fossil fuels is crucial for this.

The letter says that tackling the climate crisis requires major economic and social changes that will affect the profitability and viability of fossil fuel companies as they exist today, and while some companies, including BP, have announced ambitions to become “net zero by 2050”, they sceptical of this.

They are acutely aware that the UK’s museums and heritage sector has suffered greatly from cuts in financial support over the last decade and is facing unprecedented challenges as a result of the current pandemic. However, they argue that BP’s annual contribution represents a very limited proportion of the museum’s overall income, estimated as less than 0.5%, and has been described by a former Trustee as “not unattainable elsewhere”.

Rodney Harrison (Professor of Heritage Studies, UCL Institute of Archaeology) a signatory to the letter, as well as project co-lead of ‘Reimagining Museums for Climate Action’ said:

“It is becoming increasingly embarrassing and distressing for members of the archaeological and museum community to see their discipline tarnished by association with fossil fuel companies through such sponsorship arrangements. The British Museum’s relationship with BP does not reflect the values of the sector, nor of the international archaeological and academic community. Instead of a world leader, the British Museum is increasingly seen as an example for our students of the most negative environmental, ethical and social practices as a result of these ongoing sponsorship arrangements.”

They conclude that refusing further sponsorship from BP would send a strong signal that fossil fuel corporations – like tobacco and arms companies – are no longer welcome in cultural life and it believe severing ties would strengthen the Museum’s ability to inspire children and young people, who are highly conscious of the threats posed by the climate crisis.