Martin Bridge (UCL Institute of Archaeology) has dated premises in north London to the 14th century, following the analysis of timbers uncovered during refurbishment. 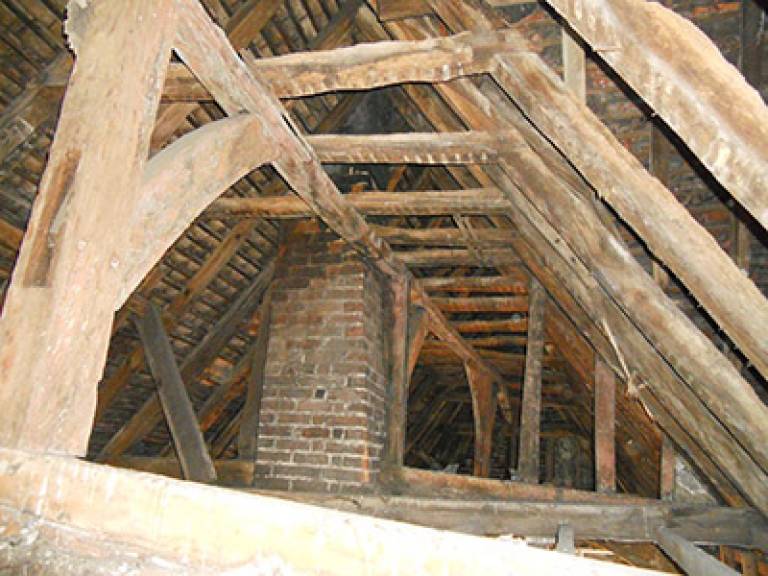 An empty shop on Chipping Barnet High Street in north London hid an extraordinary secret, which has recently been uncovered - the building dates from the Middle Ages. The premises were in the process of being refurbished to be opened as a florist shop when the building's original wooden structure was uncovered.

Historic England commissioned the Institute's Lecturer in Dendrochronology, Martin Bridge, to investigate and undertake an analysis of the timbers, which have been dated to the 14th century.  The oldest samples were from trees that had been felled between 1330 and 1362 when Chipping Barnet would have been a market town in Hertfordshire.

Martin has indicated that this was a "completely unexpected find behind a modern shopfront."