The AHRC-funded Egypt's Dispersed Heritage project was recently awarded a medal of achievement from Misr University for Science and Technology (MUST) in Cairo. 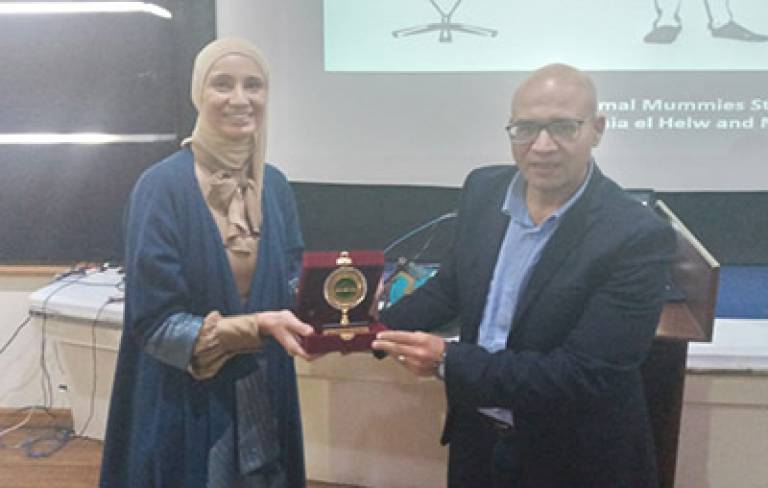 The medal of achievement from Misr University for Science and Technology (MUST) was received following the project's nomination from the Department of Archaeology and Tourism Guidance. Project researcher, Heba Abd El Gawad accepted the award on 2 December following an invitation to present at a day-long conference devoted to the project. 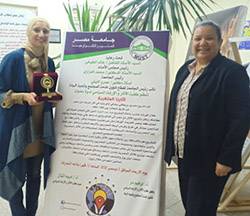 Following on from the AHRC-funded Artefacts of Excavation project which revealed the expansive legacy of British fieldwork in Egypt and its distribution of archaeological finds to around 350 museums in 27 countries, this initiative ensures that Egyptians benefit from these findings on the dispersal of their heritage and facilitates the transformation of Egyptian narratives around these collections and histories.

You can read about their work with the National Museum of Scotland here and listen to a podcast with project researcher Heba Abd El Gawad here.