UCL Institute of Archaeology staff, students, friends and colleagues will be saddened to hear of the death of Jane Hubert on 21 June. 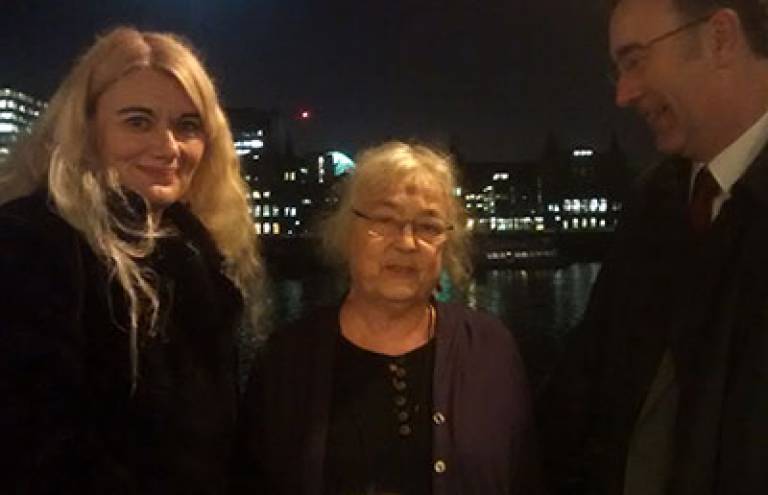 Jane, an anthropologist and social researcher who specialised in the fields of mental health and disability as well as indigenous rights and cultural memory studies, was an Honorary Senior Research Associate at the UCL Institute of Archaeology from 2008-2016. However Jane, the partner of Peter Ucko, Director of the UCL Institute of Archaeology from 1996-2005, had a much longer association with the Institute, working with Beverley Butler, Stephen Shennan and Dean Sully amongst others.

Supporting Peter as he set up the World Archaeology Congress, she contributed to the editing of the early books in its One World Archaeology (OWA) series, and undertook many significant administrative tasks associated with the new international organisation. As Peter Stone (Newcastle University) indicates in his obituary for the Guardian, many of her contributions were unacknowledged, but says:

Her archaeology-related publications included the OWA edited volume on Madness, Disability and Social Exclusion: The Archaeology and Anthropology of 'Difference' (2010) which contained contributions from Institute researchers David Jeffreys and John Tait on Disability, madness and social exclusion in Dynastic Egypt as well as Tony Waldron entitled Hidden or overlooked? Where are the disadvantaged in the skeletal record?

In 2012 she was presented with a lifetime achievement award by WAC while her achievements in the field of social anthropology were celebrated at a special event at the House of Lords in January 2016.

Our thoughts go out to her family and friends at this difficult time.