Recipe for origins of bread discovered in Jordan

Collaborative research involving UCL archaeologists has uncovered the oldest direct evidence of bread found to date, predating the advent of agriculture by at least 4,000 years. 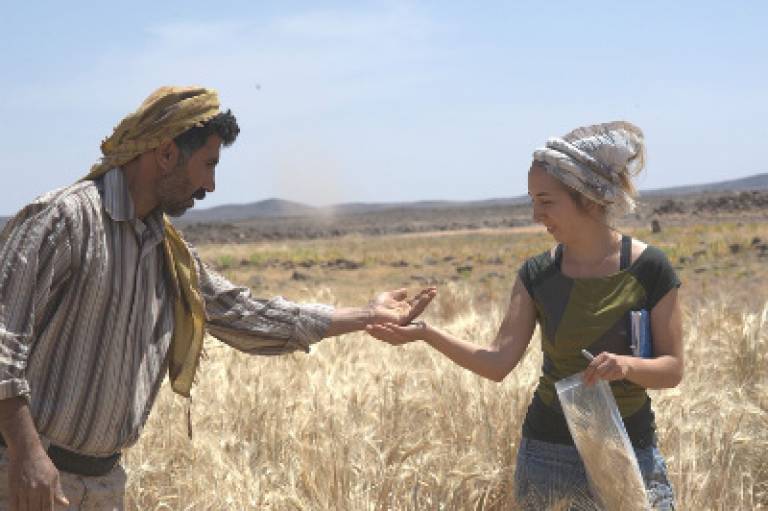 Bread is one of the most important foodstuffs consumed in the modern world. However little is known about its origins and, until now, the oldest evidence of bread came from Turkey dating to 9,000 years ago. This new research, published in the Proceedings of the National Academy of Sciences (PNAS), pushes back the first evidence for bread-making by more than 5,000 years. 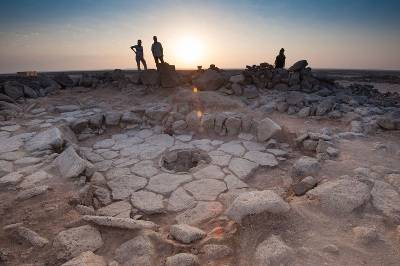 The study provides insights into the analysis of charred food remains from a 14,400-year-old Natufian hunter-gatherer site, known as Shubayqa 1 located in the Black Desert in north-eastern Jordan. It is suggested that bread production based on wild cereals may have encouraged hunter-gatherers to cultivate cereals, thus contributing to the agricultural revolution in the Neolithic period.

The charred food remains were analysed using scanning electronic microscopy technology by PhD candidate, Lara Gonzalez Carratero at the UCL Institute of Archaeology, who is an expert on prehistoric bread.

According to Lara, who tried to reconstruct the recipe in laboratory conditions:

Archaeologists from the University of Copenhagen have conducted four excavation seasons at the site of Shubayqa 1, which was originally found and briefly dug up by British archaeologist Alison Betts in the 1990s. Here they identified the charred food remains along with chipped stones, ground stone tools, animal bones and plant remains.

According to Tobias Richter (University of Copenhagen and UCL alumnus), who led the excavations at Shubayqa 1, Jordan: