Citrus fruit was being cultivated in India in the Late Neolithic period and in southern Thailand in the Iron Age, according to new findings by researchers at the UCL Institute of Archaeology and Peking University, Beijing. 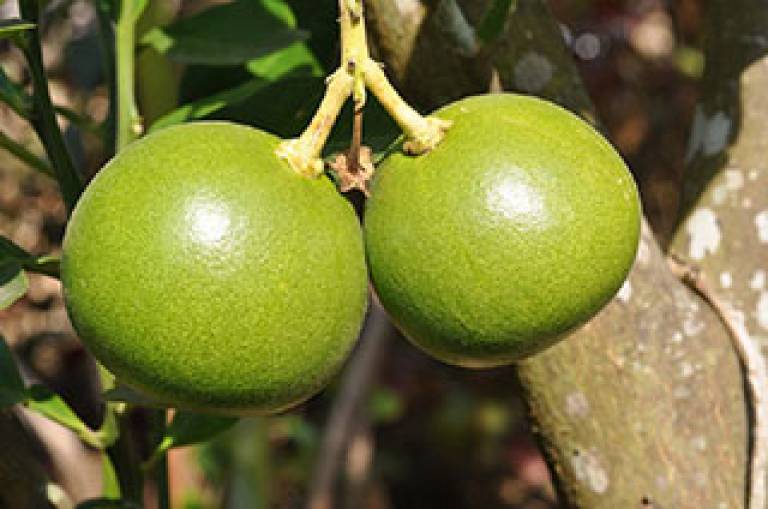 Citrus fruit are widespread and well known nearly everywhere today, but very little is known about how they were domesticated and diversified.

Researchers now believe that a new approach involving the analysis of charred citrus fruit peel or 'charred rind' will offer a new window into understanding the origins of citrus fruit cultivation.

Archaeologists came across these discoveries by chance when analysing soil samples from India (c.1400 to 100 BC) and southern Thailand (c. 400 - 1BC), as art of a research project on agriculture and rice cultivation.

According to Dorian Fuller (PI):

Research on domestication was funded by a European Research Council Advanced Investigator grant on 'Comparative Pathways to Agriculture'.  Archaeobotanical sampling and laboratory work on samples from Thailand and India were carried out as part of the Early Rice Project supported by grants from the Natural Environment Research Council.