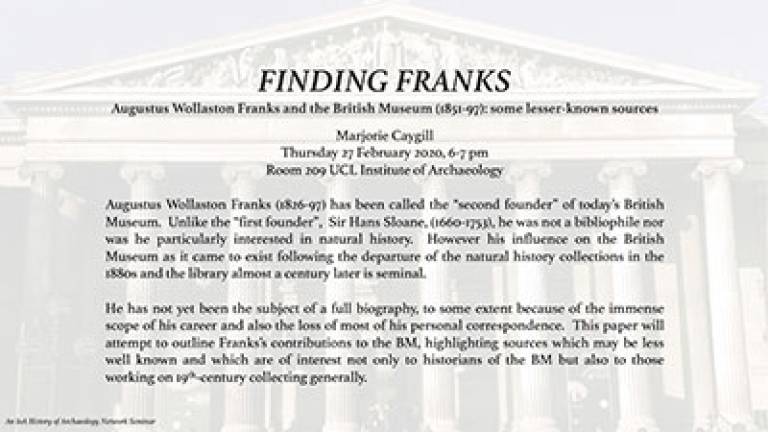 Marjorie Caygill (The British Museum) will give a seminar organised by the History of Archaeology Research Network at the UCL Institute of Archaeology on 27 February.

Augustus Wollaston Franks (1826-97) has been called the “second founder” of today’s British Museum.  Unlike the “first founder”,  Sir Hans Sloane, (1660-1753), he was not a bibliophile nor was he particularly interested in natural history.  However his influence on the British Museum as it came to exist following the departure of the natural history collections in the 1880s and the library almost a century later is seminal.  He has not yet been the subject of afull biography, to some extent because of the immense scope of his career and also the loss of most of his personal correspondence.  This paper will attempt to outline Franks’s contributions to the BM, highlighting sources which may be less well known and which are of interest not only to historians of the BM but also to those working on 19th-century collecting generally.