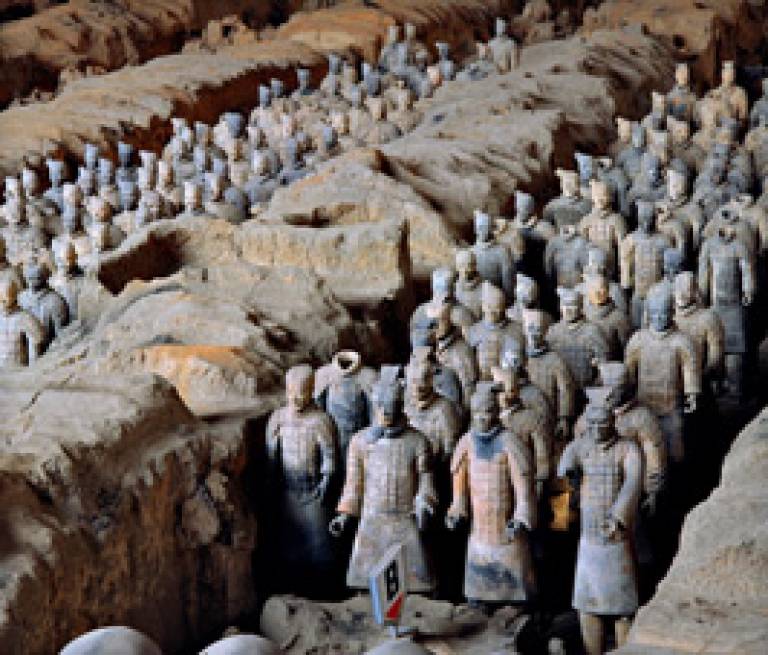 riotinto.com/">Rio Tinto, to support ongoing research and knowledge exchange efforts between UK-based and Chinese scholars working at the First Emperor's Mausoleum in Xi'an, China. The project Imperial Logistics: The Making of the Terracotta Army is a co-operative partnership that is investigating the crafting methods and logistical organisation behind the making of the vast Terracotta Army which guarded the mausoleum of China's first emperor, Qin Shihuang (259-210 BC).

The project brings together specialists from several different fields in order to open up entirely new areas of insight into the warriors, their bronze weapons and their world, by combining close typological study, materials science and spatial analysis. The project's longer-term aims are to ensure that the new methods under development can be applied across the whole mausoleum complex, and used for studying craft specialisation, logistical organisation, cross-craft linkages and the rise of imperial authorities elsewhere in the world.

Given the project's wider context as an international collaboration centred on a World Heritage site, two important further dimensions are specialist knowledge exchange among Chinese and Western scholars, and wide public engagement.

The contribution from Rio Tinto will help support expenses for travel, training and research of a good number of researchers at various stages of their careers, as well as analytical costs of the archaeometallurgical research on the bronze weapons as well as the famous chariots made of bronze and lavishly decorated with gold and silver.

Rio Tinto has been a partner and supporter of IAMS for decades, and we are very grateful to see this relationship strengthened with this new agreement.