Our research takes an anthropological perspective on sustainability. Hunter-Gatherer Resilience:  Past, present and future adaptations to a world in transition. 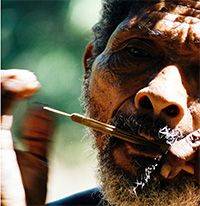 Hunting and gathering have been the major occupation of humans since Homo sapiens emerged. Although it has been the longest and most diverse bio-cultural adaptation in humanity’s existence, we know very little about the ways in which hunter-gatherers have adapted to pressures and maintained their resilience. Resilience ultimately lies in their capacity of adaptation to an ever changing environment.

Prof Mace's anthropological interest in sustainability encompasses evolutionary demography and life history; co-operation and competition within families and wider groups as well as cultural transmission and the establishment of social norms.  Her current research projects include village-level studies of the impact of development initiatives on fertility and mortality; studies in the evolutionary ecology of reproduction in rural populations; and studies of family structure, parental investment and child development in the UK. 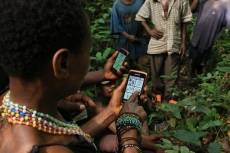 Dr Lewis’ research focuses on hunter-gatherer world-views, cultural transmission and evolution, and the role of music. With the encroachment of industrial extractive industries Lewis has developed ways to better incorporate the needs of hunter-gatherers and other forest people into the management of the areas they depend upon. Projects include Extreme Citizen Science, Hunter-Gatherer Resilience, and the Centre for Social Excellence (Yaounde, Cameroon). He is co-director of CAOS. 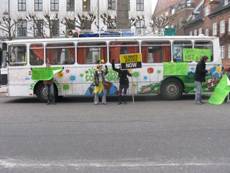 Dr Brightman's research is broadly concerned with the (cosmo-)politics of human relationships with the living environment. His current projects deal with the globalisation of tropical forest conservation, aspects of the ‘green economy’, the idea of 'natural capital', 'rewilding' and EU policy on environment and development. He is co-director of CAOS.

Dr Empson has recently secured funding for a five year ERC-funded project entitled ‘Emerging Subjects of the New Economy: Tracing Economic Growth in Mongolia’, to start in September this year.  This  project, composed of a group of researchers exploring the form of capitalism emerging in Mongolia’s mineral economy,  will seek to understand how local economic engagements come to determine the economy in particular ways that gives rise to new capitalist vernaculars and forms of subjectivity. The project is composed of five distinct ethnographic studies, including a study of loan and credit systems, changing property regimes and understandings of ownership, religious and nationalist ideologies, and the mining industry itself.​ This is a timely project as the sustainability of  Mongolian pasture land is being challenged by mineral and water extraction as well as over-grazing and pollution. Dr Empson has also been carrying out fieldwork in a West Sussex coastal town on the effects of coastal infrastructure, storms and plastic waste on people's perceptions of the sea.

Prof Martin Holbraad co-directs the Cosmology, Religion, Ontology and Culture Research Group (CROC), which brings UCL staff and graduate students together to study comparatively the ways in which people locate themselves in relation to the ultimate horizons of their existence. Based on his own ethnographic research in Cuba, he has published widely on Afro-Cuban mythology, cosmology and ritual practice, including the monograph Truth in Motion: The Recursive Anthropology of Cuban Divination (2012, Chicago). Having also worked on questions of the anthropology of security, he currently leads a 5-year project on the comparative anthropology of revolutions in Latin America and the MENA region, funded by an ERC Consolidator Grant. 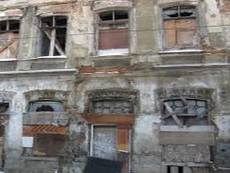 Dr Johnson researches low carbon cities and she focuses on District Heating in particular. She uses ethnography to understand how these technical systems are made functional and meaningful within their socio-cultural contexts. Having worked previously in Belgrade, she is currently studying decentralised energy in London.

Dr Elliot is a Leverhulme Trust Early Career Fellow at the Department of Anthropology of University College London. A social anthropologist, she specialises in the study of transnational movement, and has been conducting extensive research since 2006 in both Europe and North Africa on the social and cultural dimensions of migration. She has published in English, Italian, and French on the relationship between migration and gender, Islam, political and intimate subjectivity, alternative economies, theory and method in anthropology. Alice obtained her Ph.D. in Anthropology from UCL in 2012, with a thesis titled Reckoning with the Outside: Emigration and the Imagination of Life in Central Morocco. She is now developing a research project on Tunisian migrations exploring how the conjuncture of economic crisis in Europe and political turmoil in North Africa is generating novel ways of imagining theological, political, and intimate futures. 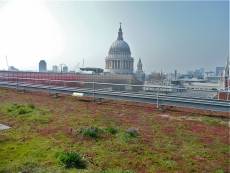 Dr Dickson is an anthropologist who works in the sustainability field. Her interests include the interaction of governance, sustainable technologies, social networks and local responses to living a sustainable life. She has just completed her PhD dissertation on the material culture of green (living) roofs. You can follow her Ongoing Biography in blog form. 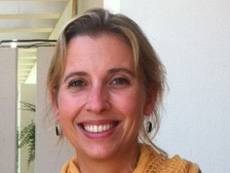 Carolina Comandulli is a PhD student from the Anthropology Department at University College London (UCL) and a member of the Extreme Citizen Science (ExCiteS) research group. She is starting her research in the Brazilian Amazon, looking at how digital technology can assist indigenous peoples to communicate their needs and their perception on the environment in order to improve their livelihoods in the forest. Her research is concerned with alternatives to development and with intercultural knowledge production and sharing. Before coming to the UK for her PhD, she spent four years working for the National Foundation for Indigenous Affairs (FUNAI), which is the Brazilian governmental agency in charge of protecting and promoting indigenous peoples rights. There she occupied different positions, such as at the Indigenous Land Monitoring Department at the Sustainable Development Directorship. She also holds an MSc in Anthropology and Ecology of Development from UCL, which resulted from an analysis of people-park conflicts in Brazil.
(facebook button)
(google+ button)
(tweet button) 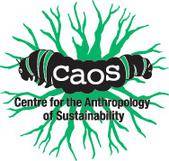