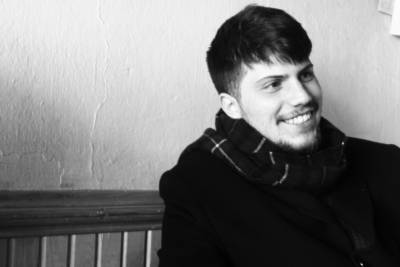 My research takes the sonic as a field of enquiry and methodology to listen to the ways that sound mediates between bodies, both somatic and social, and the divine in the lives of Turkish Ithnā 'Asharī Shī'i Muslims. By examining a range of sonic genres and events - such as public voicing and procession, ritual lamentation and studio recordings and videos -  I highlight the varied temporal, sensorial and material modalities of sounding and listening as well as the debates and discourse surrounding them.  In Turkish Shī'ism sounds are transmitted and shared, involve specialists and religious practitioners in particular practices of worship, in a way that, I argue, play a central role in forming religious subjects.

Ethnographically I follow sounds, their producers and listeners in the city of Kars in Northeastern Anatolia, where I conducted the majority of my fieldwork, and across a larger Azeri-Turkish speaking geographic area (Turkey, Iran, Republic of Azerbaijan) and into the diaspora communities in Germany. I situate these sonic encounters against a backdrop of important shifts in Turkey's politico-religious landscape and global Shi'ism.

By attending to sound in everyday life, as well as ritual context, my project brings into focus various forms of experience, knowledge and discourse that have largely been ignored in the study of modern Muslim societies.