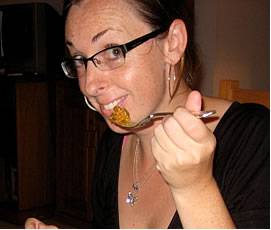 Cosmologies of Control: Self, Spirits and Agency in Contemporary Trinidad

My research looks at notions of the self, agency and cosmological worldview in Trinidad and how these have been influenced by modernity and globalization. Trinidad is a country that suffers high rates of crime and violence, and religion holds a central role in Trinidadian life which places God in control, although "Satan is always there". In addition to God and the devil, there are other spiritual forces that may act on the individual, including the spiritual powers of other people who may put a "spirit lash" on someone, or cause them to become possessed. While some illnesses are particularly linked to a spiritual cause, a spiritual explanation may be suspected for other cases where a biomedical diagnosis cannot be reached, where illnesses do not follow their expected course, or where a sudden change has occurred in the person. Spiritual powers may restrict or enhance individual agency, and socio-political power may be linked to spiritual power.

I am interested in how spiritual understandings may help deal with uncertainty and change, how spiritual illness in Trinidad not only continues to exist through modernity but may be reinforced through it and how illnesses and symptoms may themselves be expressions of the uncertainty of modernity.

Since completing my Masters I have worked as a researcher in public health and mental health at various universities since 2004. The projects I have worked on have predominantly been with adults and children living in areas of socio-economic deprivation and have looked at social and cultural aspects of health in communities.

In addition I have taught on the following undergraduate and masters courses:

Since October 2009 I have worked as a trainee editor on the journal Anthropology and Medicine, published be Taylor and Francis ( www.tandf.co.uk/journals/canm )

I am a student associate member of the Royal Anthropological Institute (RAI), the Association of Social Anthropologists (ASA) and the Royal Geographical Society (RGS with IBG)