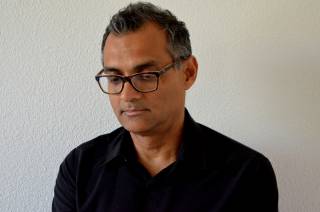 In the heart of the city of Pune in Western India, roughly 30 to 40 copper craftspeople and their families live and work in an area called tambat ali (coppersmith lane). In the local language Marathi, the word tamba is copper, and tambat refers to the coppersmith. These craftspeople have been making water containers, kitchen utensils, religious artefacts and other decorative items with hand-beaten copper for over 300 years. The tambat craft is recognizable primarily because of the striking hammer tone texture that the craftspeople beat on to the surface of the artefacts using a variety of highly specialized tools. The techniques, skill and tools of making these objects have been passed down through generations, but many craftspeople have expressed concern about how long this tradition will survive in future years. Over the last few years, the number of new apprentices willing to learn the craft has dwindled as the children of these families are choosing to get formal college education and are entering other professions. In addition, the rising prices of copper (fuelled by the global need for the material for a variety of electrical applications) and the advent of other cheaper materials have increased prices of these artefacts, thereby reducing demand. The copper craft community of tambat ali is facing several economic, technological and social pressures due to these changes. And though their trade today is equated to craft, their goods are marginalized due to the predominance of stainless steel and high-speed, mass production technologies of stamping and drawing that can convert sheet metal into product in seconds. I am interested in examining the significance of copper to the people living and working in tambat ali. My research is guided by questions of the role this material plays in shaping biographical relations and kinship in the community as well as the identities and personhood of the tambat. This study is also about design. What does design mean in the Indian context and especially in tambat ali? What is the nature of the interaction between traditional craft conventions and contemporary design practices, the craftspeople and the designers in tambat ali? How are their mutual knowledge systems (the technique of craft and design thinking) shared and what are the benefits of the exchange to the groups? What is the value of a traditional artefact (such as the pimpa or a traditional water container) and that of the contemporary designed product (such as a tea light)? What are the politics of power in the engagement among the designers, government bodies, NGOs and the copper craftsmen, and what role do caste, gender, religion, and economic status play in the relationship? These questions guide my study.