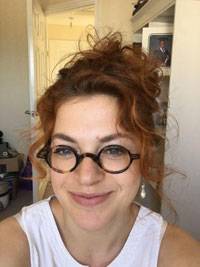 My current research looks at 'Dumsor' (Twi for off/on) or the electricity crisis in Accra, Ghana, which in 2014-16 became an incredibly creative public sphere of political commentary on governance, postcolonial relations, and infrastructural failure through songs, films, cartoons, tweets. It looks at the relationship between infrastructure and vernacular forms of creative practice and political re-enchantment in the context of a pre-election year in Ghana. It considers the aesthetic and material effects of the electricity crisis in light of local theories of appearances, success, power and prestige, and how this visual 'crisis' of electricity reverberates in demands of political change and strategies of political persuasion and deceit. It situates the current crisis within a racial history of infrastructure and ongoing privatization of the Electricity Company, looking at competing claims of infrastructural rights and legacies, and negotiations of a postcolonial 'civil contract' of infrastructure. This research is based on 15 months of fieldwork in Accra, including placement at the Electricity Company of Ghana, research with key energy sector stakeholders, government ministries and officials, independent think tanks, civil society groups, and Accra residents.

My previous research was concerned with the politics of noise on a London estate.