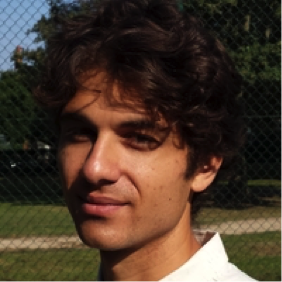 Why Burkina hasn’t existed yet. Revolutionary Paradoxes and the Political Imagination in Burkina Faso

My thesis explores the co-articulation of political, divine, and occult idioms that characterizes the lived understanding of revolutionary politics in Burkina Faso’s Plateau-Central Region. Complementing anthropological studies that emphasize the modernist import of the concept of revolution-qua-rupture, this research begins with the question of how revolutions, as radical political departures, become intelligible in the first place. It examines the ways in which revolutionary projects negotiate the paradox stemming from the necessity that they have to make use of available political forms in order to gain traction.

The thesis grounds this paradox ethnographically in two critical junctures of recent Burkinabe history, both of which exhibit a peculiar divorce between political form and content. The first is the 1983 revolution under Thomas Sankara, an ‘indigenized’ socialist revolution committed to demolishing all indigenous structures of power. The second is the popular uprising of 2014, whose aesthetics of protest drew inspiration from the revolution but whose demands diverged drastically from it. In so doing, the thesis sketches a specifically ethnographic understanding of revolution. On this understanding, revolution emerges as a social form constituted by the paradox of constantly having to probe the boundaries of what is intelligible without ever being able to fix its meaning in an ultimate referent.

My thesis places its analytical focus therefore not exclusively on the inventiveness of Sankara’s political language whose successful legacy of nation building was put into sharp relief by its invocation in the current protest movements. The thesis suggests instead that the Burkinabe experience of revolution has been profoundly shaped by the ways in which people imagine the world and their place therein, bringing into play seemingly disparate concerns such as the secretive workings of postcolonial power, the metaphysical landscape of Mossi statehood, the subversive potential of popular humor, and Pentecostal Christianity’s distinctive temporal orientation towards the future.