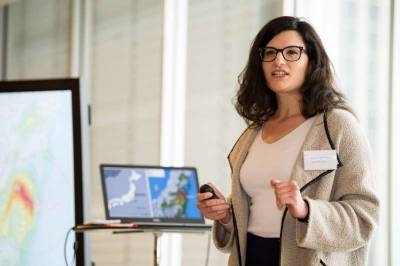 I am the teaching assistant for the module Linguistic Anthropology at University College London, and a final year PhD candidate in Social Anthropology at UCL (Final Examination scheduled in March 2019). I hold a Bachelor in Laws and Economics of East Asia (Ca’ Foscari University of Venice, 2011), a MPhil in Japanese Studies (INALCO Paris, Ritsumeikan University Kyoto, Ca’ Foscari University of Venice, 2014), and a MSc in Social Anthropology (University of Oxford, 2015). I carried out fieldwork in Japan for two years, first in 2012-2013, then in 2016-2017. My doctoral project focuses on the current living conditions of the Fukushima survivors who moved to temporary housing facilities in western Japan after the triple disaster of March 2011. The project is titled “SURVIVING THE DISASTERS: An Ethnographic Account of Japan 3.11 Survivors’ Coping Strategies with the Risk of Radiation”, and is fully funded by the AHRC/LAHP Scheme.

I have volunteered for the populations affected by the Great East Japan Triple Disaster (earthquake, tsunami, and nuclear catastrophe) since April 2011, initially as an interpreter and translator at charity events, then as an organiser of regenerative camps for Fukushima children and their families in Japan and in Italy.