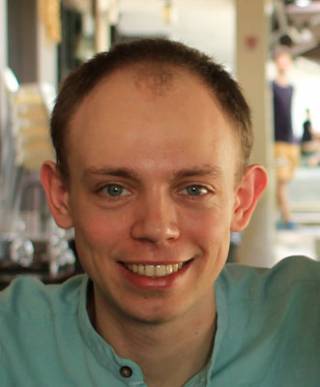 My doctoral research is based in villages on the border of Panna Tiger Reserve in Madhya Pradesh, Central India. The overall aim is to see what might be gained through looking at 'engagement' as well as 'exclusion' in the social study of Indian conservation. I hope to do so by examining the relations between the forest department and local people through an understanding of forest-employed villagers and interactions between the communities and governing bureaucracies. Secondary aims of the research include bringing together the social science of Indian conservation with the anthropology of South Asian politics and bureaucracy as well as exploring new ways to approach development and conservation interventions in India.

In my undergraduate work, in the radically different setting of central New Delhi, I studied the path to employment for young men living in a semi-permanent slum settlement in one of the city's most affluent neighbourhoods. I concluded that what mattered most to the young men was the network of people that they actively built around them, the experiences they accumulated and their ability to make connections and utilize them. During my Masters work, I intended to study the local reception of conservation success in villages around Panna Tiger Reserve, as the forest department in Panna has successfully rebuilt a once locally extinct tiger population. However, during fieldwork, I realized that local people paid more attention to the lack of basic facilities and work for young people than they did conservation. It is through the writing of the Masters thesis that I returned, as I had started in my undergraduate work, to the topic of employment, now set in the forests of Panna, as a means to better understand relations between forest department and village communities.