I am a digital anthropologist with research interest in the social impact of new technologies on political economy, governance, informality, ideology, social and economic inequality, social norms, consumption, and feelings. In a larger perspective, I work on the relation between science and society from both epistemological and empirical perspectives. Trained both in Telecommunications and Anthropology, I am Research Associate at the Department of Anthropology at University College London as part of the Why We Post research project funded by the ERC. I am the author of Social Media in Southeast Italy: Crafting Ideals (2016, UCL Press) and co-author of How the World Changed Social Media (2016, UCL Press). Since 2016 Razvan is the Editorial Assistant of the Journal of Material Culture.
I am interested in the region of Europe, in particular the South and East of Europe and the Balkans.

2011. 'Solid Houses and Distant Homes: The Morality of Domestic Space in Southeast Romania.' In Martor, The National Museum of the Romanian Peasant Anthropology Review, Vol. 16, pp: 69-79.

In 2015 I have co-written and produced the free MOOC course Why We Post: The Anthropology of Social Media that is currently taught three times a year on FutureLearn.

2006. Co-author of 'Living Professions' (7') and 'Portrait'' (12'). Produced by University of Bucharest and The National Museum of the Romanian Peasant.

2012-2015 Research Associate, Department of Anthropology, University College London.
Position was part of the Why We Post Project funded by the European Research Council.

2008-15 Project based consultancy for Renault France, JKR, Y&R and YPN. 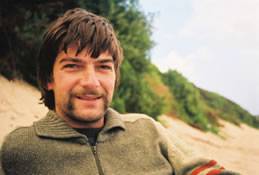