Associate Fellow of the Institute for the Study of the Americas

The cultural meaning of genetic knowledge: The research analyses the significance of new forms of biological knowledge for cultural conceptions of the person, the individual and the citizen.

Imagining the past the future in the contemporary 'Maya World': The project explores the re-interpretation of the past in South-Eastern Mexico, particularly the Yucatan Peninsula. It examines struggles for the control of new forms of knowledge and the ways in which local and regional identities are being visualised, expressed and repositioned.

Changing concepts of the body and reproduction 1990-present

Community and State in Catalunya (with University of Barcelona , British Council) 1988-90

Migration and gender relations in Mexico 1978-80

Transformation and change in marginal areas of Europe 1968-77

Current Issues in the Study of Gender and Sexuality 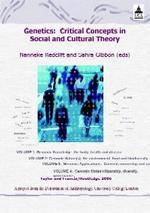