PhD Anthropology, University College London, 2003
'Pattern, thought and the construction of knowledge: the question of the kapkap from New Ireland, Papua New Guinea'

Graeme currently lectures on the MA Material & Visual Culture programme whilst managing the teaching and research collections in the university museum. He has developed collection-led courses in material culture at UCL including the Graduate School supported programme Ethnographic Object Analysis which aims to train research students in the key skills necessary for engaging with ethnographic collections. His current book (in press) entitled Lines that Connect, develops a new theoretical understanding on the relation between pattern, design and mind in the Pacific. He is also guest editor on special issues of Textile: the Journal of Cloth and Culture as well as Visual Communication, the latter on the subject of prototypes and prototypicality in art history, anthropology, archaeology and architecture. This volume draws on a highly successful seminar series run by UCL Museums & Collections in 2007.

Graeme has been elected by the Royal Anthropological Institute to present the Curl Lecture 2011.

(1) Materials and design in the Pacific.

He is currently collating a series of fine-grained studies on Pacific materials, focused on drawing out technical perceptions and aesthetic/sensory dimensions that influence their uptake in design. This research involves conducting ongoing fieldwork in Papua New Guinea focused on understanding how craftspersons select plant materials to create the associations and aesthetics of the product they are designing. His work also examines how knowledge of materials is sustained and the role of materials in heritage discourses. This latter idea is particularly important in the context of the Baha'i faithful in New Ireland, whose activities offer an alternative path towards a unified and just future.

As part of the University of Bergen project, this research takes a critical examination of digital heritage technologies in the context of the ethnographic museum. Currently, this has involved the 3D scanning of a 30 foot Solomon Islands war canoe in the British Museum. The technology creates a scaled facsimile of the actual canoe and includes details of plank construction and shell inlay design, as well as bringing together different parts of the canoe which were separated during its classification within the museum. While the image offers the potential for a renewed idea of object completeness, its possible future digital repatriation opens up debates about technical knowledge, ethics, access and politics amongst Pacific Island communities.

This research draws on my previous work on pattern and ethnomathematics in the Pacific. Currently I am interested in the relation between subtractive and additive techniques in design, focused around the relation between carved wooden bowls and plank canoes in ethnographic collections from the Solomon Islands. The idea of calculation comes to the fore when considering how social relations are imagined and orchestrated through processes of scaling; expansive (additive) as opposed to restricted (subtractive) techniques applied to materials in design. This work involves revisiting early twentieth century ethnographies of the western Solomon Islands together with an anticipated field trip in 2010 to the Solomon Islands and collections research at the British Museum.

Graeme is a Fellow of the Royal Anthropological Institute, a member of the Museums Association and Museum Ethnographers Group (MEG) and an Editor of the Journal of Material Culture.

Books
Were, G. (2010) Lines that Connect: Rethinking Pattern and Mind in the Pacific Honolulu: University of Hawaii Press

WERE, G. (2010) Prototypes, special issue of Journal of Visual Communication 9(3)

WERE, G. and S. Kuechler (2005) The Art of Clothing: a Pacific experience UCL Press: London

WERE,G. (2010) 'Pacific pattern: a snapshot' and 'The social life of cloth' (with S. Kuechler). In Berg Encyclopaedia of World Dress & Fashion. Oxford: Berg

WERE,G. (2007) 'Fashioning belief: the case of the Baha'is in northern New Ireland' Anthropological Forum 17(3): 239-53. Special issue on MacPherson's theory of the Possessive Individual

WERE,G.(2005) 'Thinking through images:kastom and the coming of the Baha'is to New Ireland, Papua New Guinea' Journal of the Royal Anthropological Institute 11(4): 659-76 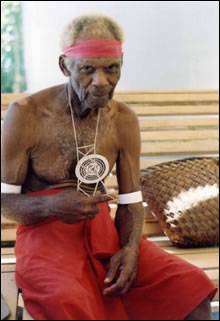