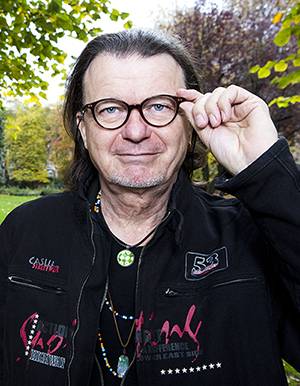 Volker Sommer is Professor of Evolutionary Anthropology in the University of London. His research interests focus on the evolution of primate social and sexual behaviour, cognition, rituals, biodiversity conservation, animal rights and evolutionary ethics

Born into a farming community in Holzhausen am Reinhardswald, he grew up in a village situated in the oak forests of central Germany. Here, the Brothers Grimm had recruited native informants for their early 19th-century fairy tale collection. Animals possess human-like characteristics in these indigenous stories. As part and parcel of Volker Sommer's childhood, these narratives inspired him to pursue a career as a zoologist and ethologist. 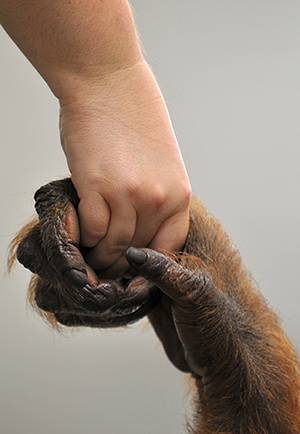 He studied biology, chemistry and protestant theology in Göttingen, Marburg, Hamburg and Berlin. Supervised by Christian Vogel, Sommer obtained his PhD in anthropology (1985) and his habilitation in anthropology and primatology (1990) at the Universität Göttingen, Germany. He received various early-career fellowships (DAAD, Alexander-von-Humboldt-Foundation, DFG Habilitationsstipendium). During his time as a Heisenberg-Fellow of the German Research Council, Sommer was a Research Associate at the University of California in Davis, USA (1992-1994) and at Mahidol University, Bangkok, Thailand (1994-1996).

Volker Sommer joined the Department of Anthropology, University College London in 1996. He developed the master programme in Human Evolution and Behaviour and, as a UCL Pro-Provost from 2008–2011, the institutions International Strategy as "London's Global University". His research generated exemplary impact studies that contributed to the excellent ranking of the department in recent assessment exercises (RAE, REF). 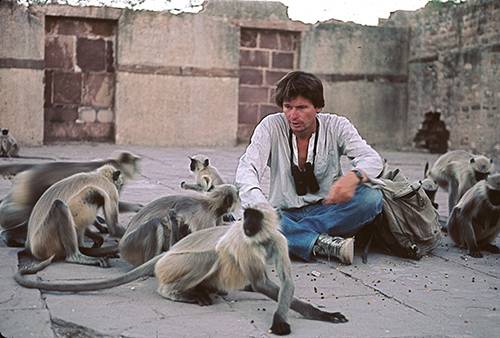 Sommer's initial field study of animal behaviour focused on the eco-ethology of langur monkeys in Rajasthan, India - since 1981 as a doctoral student and afterwards as a post-doc. Personal highlights include residing for some years in a Shiva-temple. -- From 1989, he enabled to develop a long-term study of white-handed gibbons in Thailand. Here, he lived for several years at the edge of the Khao-Yai rainforest. Personal highlights include being set upon by a tiger - and surviving. -- In 1999, in Nigeria's mountainous northeast, Volker Sommer founded the Gashaka Primate Project with a specific focus on monkeys and chimpanzees. The project evolved into one of the largest research and biodiversity conservation initiatives in West Africa (www.ucl.ac.uk/gashaka). Personal highlights comprise expeditions with rangers and local villagers to Mt. Gangirwal, West Africa's highest mountain – including a pioneering ascend through the montane jungles of its western escarpments.

Volker Sommer serves on the boards of various journals and is the only scientist advising on both the "Section on Great Apes" and the "Section on Small Apes" of the International Union for Conservation of Nature (IUCN). He was part of the steering committee of the London-based Centre for Ecology and Evolution (1996-2006) and of various panels, e.g. the "Evolutionary Biology" initiative of the Volkswagen Stiftung, Germany's largest private science-supporting foundation. Sommer is also a founding scientific board member of the German-based Giordano-Bruno Foundation for Evolutionary Humanism, which promotes a scientific and secular worldview in the tradition of the Enlightenment (www.giordano-bruno-stiftung.de). 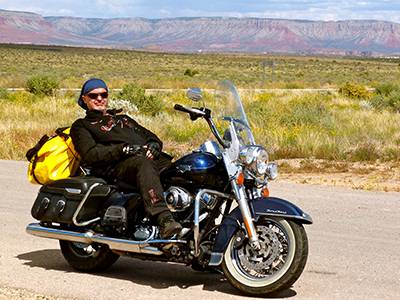 Sommer has published several hundred articles - scientific as well as popular - and two dozen books, including novels and poetry. He is a renowned science journalist in German-speaking countries, regularly featured by major magazines and newspapers (GEO, stern, natur, Die Zeit, Der Spiegel, FAZ, Die Welt, bild der wissenschaft, Spektrum der Wissenschaft, Weltwoche, Neue Zuercher Zeitung, Frankfurter Rundschau). Upon invitation, Sommer delivered more than 400 scientific and public talks across the globe. His award-winning writings have been translated into English, Walloon, Polish, Italian, Spanish, Hindi, Korean, Japanese and Persian. As a widely respected opinion-maker, Sommer is a regular guest on radio and TV. He also wrote and read numerous radio segments and presented various television documentaries. His U-tube clips exceed 70,000 views. The political magazine Cicero, in one of its latest rankings, counted Volker Sommer amongst the most influential intellectuals of the German-speaking world. His biography and philosophy was the subject of a TV documentary produced by the German-French culture channel ARTE in 2011. In 2012, Sommer received the Gold Medal of the North of England Zoological Society for lifetime achievements in conservation-related research.

Private passions include projects with contemporary artists; speed-walking marathons; seeking beatification while riding an almighty Harley; as well as performances with Tanzango, an ensemble dedicated to Tango Argentino. 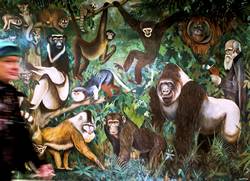 Sommer, V. (2000). The holy wars about infanticide. Which side are you on? And why? Pp. 9-26 in: Carel van Schaik & Charles Janson (eds), Infanticide by Males and its Implications. Cambridge: Cambridge Univ. Press 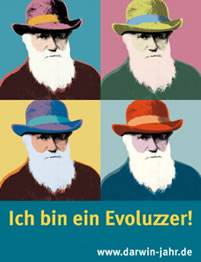 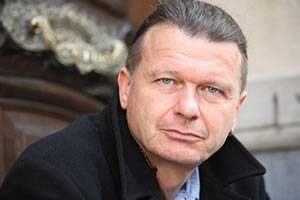 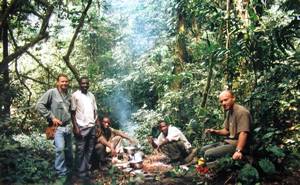 (Volker Sommer's research and expertise has been covered hundreds of times on radio, TV, in print and online; similarly, his books were subject of hundreds of reviews)

(Featuring Volker Sommer on radio (R) and Television (T) as a guest in talkshows, science-programmes, commentaries; channels based in Germany, if not indicated otherwise) 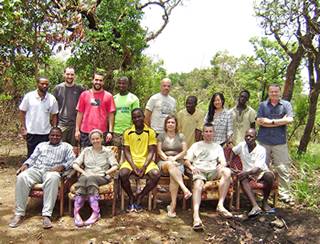 (Across the globe, Volker Sommer has delivered more than 400 talks, with a selection listed below. More than 350 of these presentations were upon invitation, including many keynotes and plenary talks at conferences, and they often attract large audiences.) 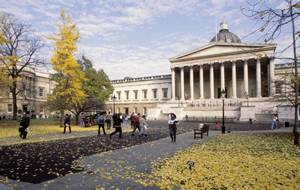 Department of Anthropology, University of California at San Diego, USA (1989) 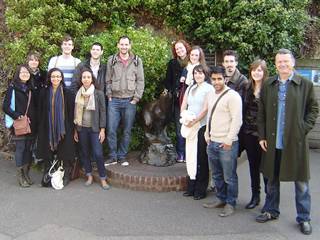 (1990-1997 supervision as an associate of the Faculty of Biology, Georg-August-University, Göttingen, Germany. Note: A Diplomarbeit at German-speaking Universities is an empirical research project - typically more extensive than a master's thesis -, conducted over a 1.5-2 yr period. The resulting degree of "Diplom-Biologe" / "Diplom-Biologin" has been slowly phased out with the introduction of Bologna reforms.) 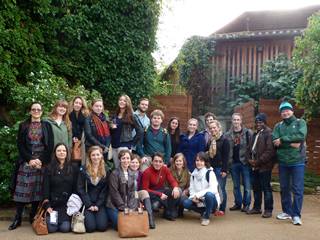 (Until 1996, Volker Sommer supervised graduate students as an associate of the Faculty of Biology, Georg-August-University, Göttingen, Germany; since then, as a staff member in the Department of Anthropology, UCL, UK)

(Note: A German Doktorarbeit is equivalent to a PhD dissertation; science-based dissertations merit the degree of Dr. rer. nat.; until 2010, Göttingen University did not permit to submit theses in English)

(Note: Doctoral students at UK universities are initially enrolled as MPhil students; within the first year or so of their studies, they defend their research proposal during a viva; if successful, candidates have earned the title "Master of Philosophy"; they are then "upgraded" to the status of "PhD candidate") 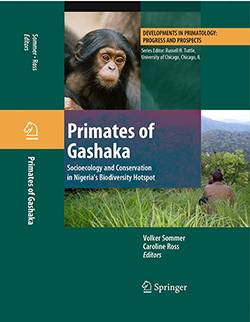 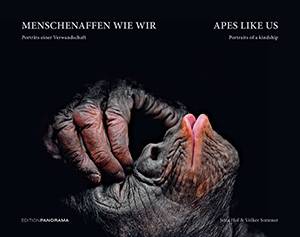