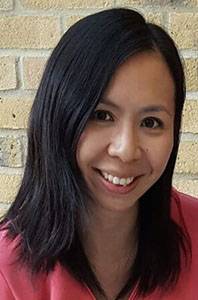 Kimberly’s research expertise covers financialization and the anthropology of finance, economic imagination, race and gender in the global economy, and economic subjectivities in contemporary China and the UK.

Based on 16 months ethnographic fieldwork inside the China arm of a global management consultancy, her first research project begins to develop an anthropology of financialization. Her book, Best Practice: Management Consulting and the Ethics of Financialization in China (Duke University Press, 2018) provides a close-range analysis of how labour and work has been transformed under the aegis of financialization. It argues that financialization is an ethical project, and that management consulting is predicated on the creation of cultures of commensuration, through which new economic imperatives, forms of value, and power relations, are legitimated and naturalized as ‘best’. With rare field access to Chinese state-owned enterprises that have hired global management consultants in preparation for their stock market flotation, Kimberly shows how ‘global’ management consultants perform their expertise in the particular terms of China’s national project of modernization. And thus reveals how discourses of Chinese state capitalism can help to enact, rather than disrupt, financialization.

More recently Kimberly has carried out fieldwork of fund management conferences in the UK and interviewed traders to understand how financial agents make investment decisions under conditions of radical uncertainty. The research considers the role of emotions in decision-making, arguing that financial agents deal with uncertainty and problems of determining cause and effect in financial markets by creating ‘conviction narratives’ – the narrativizing of events and technologies to create convincing, attractive, projections of the future which can impel economic action.

(2020, in press) Cosmopolitanism and the Global Economy: Notes from China’s Knowledge Factories. Journal of the Royal Anthropological Institute.