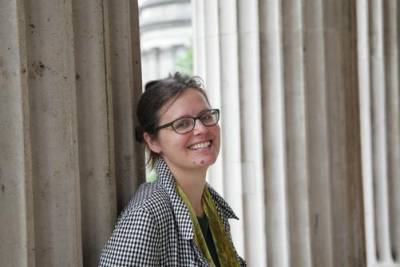 2017 The space that will never be filled. Sharp communication and the simultaneity of opposites. Current Anthropology 58(6): 718-738.

2016 (click on the title for free access to this article) Language, translation, trauma. Annual Review of Anthropology 45: 95-111.

2010. The fear of the sorcerer: Finding a peaceful moment for a sacrifice in Southern Sri Lanka. In Axel Michaels (Ed.) Ritual Dynamics and the Science of Ritual: State, power, and violence. (pp. 105-131). Wiesbaden: Harrassowitz Verlag.

2007 Obvious pretence: For fun or for real? Cross-cousin and international relations in Sri Lanka. Journal of the Royal Anthropological Institute 13(2): 313-329.

As an undergraduate I studied Philosophy (1988-1991) and Medicine (1987-1994), at the University of Louvain, Belgium. At the Institute of Philosophy I took the classes of Prof. Jan Vanderveken who later wrote Merleau-Ponty in contemporary perspective (1993) , and Nature and logos. A Whiteheadian key to Merleau-Ponty's fundamental thought (2011). In the last year of my medical degree I specialised in psychiatry and wrote an M.D. dissertation on war trauma (summa cum laude). I attended the classes of Prof. Renaat Devisch in Medical Anthropology, who sent me to London to study at UCL and meet Prof. Bruce Kapferer. I took Prof. Kapferer's classes during an MSc in Medical Anthropology (1994-1995); a dynamic introduction to the dialogue between anthropology and continental philosophy. Upon arrival in London I also enrolled for a course on anthropology and psycho-analysis at SOAS taught by Dr. Audrey Cantlie, who became my mentor. She sent me on to the Tavistock to take John Byng-Hall's course on the observation of family systems (1994-1996), and organised training in Lacanian psycho-analysis (1994-2001). During my MSc at UCL, I was allowed to observe the consultations of Dr. Derek Summerfield at the Medical Foundation for Care of Victims of Torture. I then enrolled in the PhD program at UCL, was first supervised by Prof. Bruce Kapferer (1995-1996), and after his departure from UCL, by Prof. Nanneke Redclift and Prof. Murray Last (1996-2000). Fieldresearch in Sri Lanka (1996-1998) led to a shift towards linguistic anthropology. Prof. Don Brenneis at the University of California, Santa Cruz became a source of inspiration and mentor. My doctoral dissertation was examined by Prof. David Parkin, who recently set up the Anthropology and Language Committee at the Royal Anthropological Institute.  In 2004 I was offered a tenured lectureship at UCL, and have now been studying and working in its Department of Anthropology for 26 years. I was an advisory panel member of the Harry Frank Guggenheim Foundation for the Study of Human Violence, Dominance and Aggression, New York (2005-2009), where Ms. Karen Colvard, the Program Director influenced my approach to an anthropology of war and violence. In 2007-2009 I conducted field research in the Kurdish community of North London funded by the Leverhulme Trust and Nuffield Foundation.  I was awarded a mid-career Fellowship from the British Academy in 2016-2017.  Finally, in 2017, I enrolled at SOAS again, this time for a course in Arabic.

As a homegrown member of the team, I welcome PhD applications that are theoretically engaged, and grounded in the study of language practices.