Dorian Fuller is an archaeologist and archaeobotanist working on ancient agriculture, plant domestication and its impact on social and environmental change from prehistory to ancient historical times, especially in Asia and Africa, including extended field research in India, China, Japan and Turkey. He also works on the response of past human societies to climatic changes. Among his major research projects has been research on the domestication, dispersal and evolution of Asian rice agriculture, including the potential contribution of wet rice agriculture to greenhouse gas (methane) emissions. He works mainly on plant macro-remains (seeds), but also worked on phytoliths and wood charcoal. Dorian has taught at the UCL Institute of Archaeology since 2000. He is the UCL co-director of the International Centre for Chinese Heritage and Archaeology (joint with Peking University) , and he is an honorary professor at the School of Cultural Heritage, North West University, Xi’an. 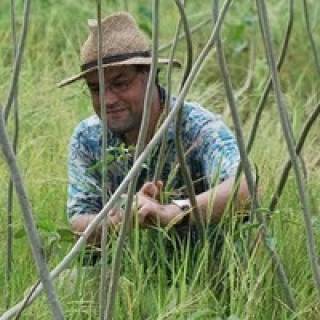