Academic position: Lecturer in History of Science and Technology

Jenny is a historian of physics, with a particular interest in universalising claims, cross-cultural encounters, and the way in which material processes, from metallurgy to mapping, shape and convey knowledge systems. Previous work includes histories of copper arts in physics and Shaman metaphysics, whaling as conceptual resource for geomagnetic research, elastic glass in major 19th century tariff reform and Victorian industry in flint-knapping and debates about the antiquity of man.

She is currently seconded 50% to the Royal Institution, where she is working on the labour extraction and global commodity chains established in the 19th century development of the electromagnetic motor which underpin the manufacture of batteries in the present day. And a short film project about John Tyndall, ice-flowers and factory atmospheres.

2019, ‘Born into trouble as the sparks fly upwards’ – The industrial origins of anthropogenic  climate change: archival and technical analyses combined. Junior Research Fellow, Jesus College, University of Cambridge, (awarded 3-years extendable to 6, but not taken up due to UCL appointment)

2019, ‘The eye of the needle: magnetic survey and the compass of capital in the age of revolution and reform’, AHRC-funded PhD, History and Philosophy of Science, Wolfson College, University of Cambridge.

2018, Sarton Prize Fellowship for the History of Science, American Academy of Arts and Sciences, Used to develop work on the debt of the British industrial revolution to West African metallurgy in the Black Atlantic.

2015, Technical Assistant on the experimental reconstruction and analysis of a pair of early 16th century bronzes, as part of A Michelangelo Discovery, a major international research project into the attribution of the bronzes, controversially attributed to Michelangelo, Michelangelo: Sculptor in Bronze. This involved a week working on an open hill top forge moulding and investing waxes, and carrying out lost wax castings, using salvaged historic bronze to produce a reconstruction of one of the pair that would perfectly reproduce the flaws of the original.

2014-2016 Researcher, commissioned to edit and update A survey of the networks bringing a knowledge of optical glass-working to the London Trade, 1500–1800, Funded: The Renaissance Trust and Whipple Researcher Development Fund.

HPSC0095: Industrial Physics and Insurgent Futures (currently available)  is a Masters-level module in the history of science and technology. It is concerned with developing the importance of 19th century history of science and technology to present-day global challenges. Analyses of mapping and the origins of modern physics – collectively known as the “survey sciences” - are developed and challenged with the central concerns of racial capitalism, decolonization, anthropogenic climate change and Indigenous and diaspora knowledge systems. 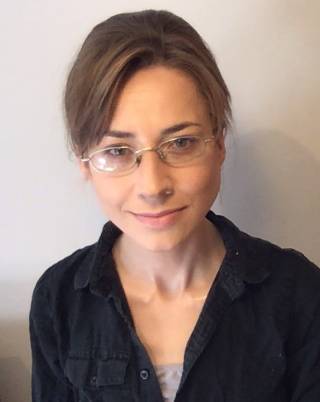