Carina is an interdisciplinary researcher, drawing on relevant expertise in the social sciences on scientific uncertainty, risk, and complexity to focus on how natural hazard early warning systems can be made more effective, specifically alert level systems. She also has interest in the transdisciplinary potential of art and science collaborations around environmental hazards. Carina established the World Organisation of Volcano Observatories Volcano Alert Level Working Group, and edited the first publication dedicated to Volcanic Crisis Communication (Observing the Volcano World: Volcanic Crisis Communication). Carina studied Geology and Mining at Imperial College London prior to working in London City’s financial sector. She completed her PhD at the UCL Hazard Research Centre before lecturing at Aberystwyth University. Carina is a regular consultant for Bournemouth University Disaster Management Centre, and frequently appears on national and international media following significant hazard events.

This project aims to create ‘cultural maps’ from a section of the coastline of Orkney using existing data sets and archives, and new materials gathered through the AHRC funded project ‘Orkney: Beside the Ocean of Time’. The cultural maps will develop as three creative interpretations. First, working with traditional and contemporary printing techniques including using an antique Columbian Press that was used to publish books of poetry by local authors including Robert Rendall & George Mackay Brown. Second, by generating digital and online interactive maps; and third, the use of sonification and creative mapping techniques to represent and integrate large geological, climatic and social datasets. By layering and building multi-disciplinary and multi-media interpretations and expressions, this project explores the aesthetic dimensions of traditional earth science fieldwork mapping practices, drawing out how this provides opportunities for a form of sensory fieldwork that combines creative/critical methods to produce an ‘eco-biography’ of site.

between human community, Deep Time and landscape change using an interdisciplinary approach, in which five Early Career Researchers with backgrounds in Social Anthropology, Literature, Archaeology, Palaeoecology and Geology, will work together to find innovative ways to investigate and represent time-depth in landscape, using Orkney as a model.

Article: ‘A glass of whisky could help you get your head around deep time' in The Conversation (https://theconversation.com/a-glass-of-whisky-could-help-you-get-your-head-around-deep-time-79240#comment_1480624)

The Future of Ruins: Reclaiming Abandonment and Toxicity on Hashima Island (2013)

AHRC Grant led by PI Carl Lavery (Performance, Aberystwyth) and fellow co-investigators Deborah Dixon (Glasgow) and Mark Pendleton (Sheffield). This project combines and science and performance animated through a pilot study of Hashima Island, Japan – once the most densely populated site on Earth, now a wind and wave-swept ‘ghost island’– and emphasises how a traumatic past, a resilient present, and an always ‘monstrous’ future can be renarrativised via an embodied, affective, site-based fieldwork. Research was conducted in summer 2013.

Volcanic Warning and Response Systems: an Evaluation of the UK Ash Alert during the Eyjafjallajökull Eruption, 14-20 April 2010 (2013)

After nearly six days of complete closure following renewed explosive activity from Iceland’s Eyjafjallajökull volcano, UK air space was finally reopened on 20 April 2010. As ‘routine’ conditions returned, questions were asked about whether the ban on flying had been necessary or had lasted too long, and whether changes in the UK flying regulations were justified? The research aims to address these questions by understanding and evaluating the early warning system used during the Eyjafjallajökull ash crisis, which is globally standardised by the International Civil Aviation Organisation (ICAO), and reviewing ways of improving the warning system for future volcano crises. Image from NASA E/O.

Provided advice to designer Nelly Ben Hayoun’s project 'The Other Volcano' with Austin Houldsworth (explosive designer) and Nick Ballon (photography). “The Other Volcano” is ‘a series of semi-domesticated volcanoes, housed for a couple of weeks in the living spaces of volunteers. These designed supra-natural objects are large, reaching almost to the ceiling, imposing, and extremely inconvenient, erupting dust and gloop into the living rooms of volunteers seemingly at random.“In order to make myself recognized by the Other, I must risk my own life” said Sartre. The Other Volcano imagines a love-hate relationship, a ‘sleeping giant’ in the corner of your domestic environment, with the power to provoke excitement with its rumblings, and also perhaps fear (if not for one’s life in this case, then at least for the soft furnishings of one’s clean and neat ‘living’ room). It is a project that domesticates the most violent of natural processes, addressing and reinterpreting different natures’.

HPSC0093: Science Policy in the Era of Risk and Uncertainty (currently taught) https://www.ucl.ac.uk/module-catalogue/modules/science-policy-in-an-era-of-risk-and-uncertainty-HPSC0093 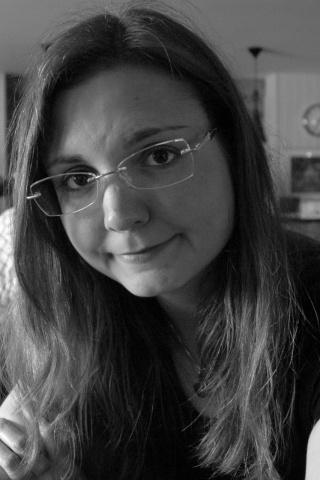