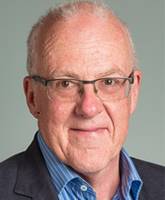 Iwan Morgan is Professor of US Studies at the Institute of the Americas, University College London, and also holds an honorary position as Commonwealth Fund Chair of American History in the UCL Department of History.

He was previously Professor of US Studies at the Institute for the Study of the Americas, School of Advanced Study, University of London, and before that, Professor of American Governance at London Metropolitan University. He has also taught at Indiana University-Purdue University at Fort Wayne as a Fulbright Educational Exchange Lecturer.

Professor Morgan is a distinguished fellow of the Rothermere American Institute, University of Oxford. He was awarded the British Association of American Studies Honorary Fellowship in 2014 in recognition of his contributions to the discipline over the course of his career; his work The Age of Deficits (Kansas University Press, 2009), won the American Politics Group's 2010 Richard Neustadt Book Prize.

Professor Morgan has published widely in various fields of modern US political history and in political economy. Much of his work has a presidential focus. He is director of the United States Presidency Centre. He was also chair of the executive committee of the Historians of the Twentieth Century United States from 2007 to 2013. He was a member of the executive committee of the British Association of American Studies in 2009-2012. He is currently working on a biography of Ronald Reagan that covers his life in Hollywood and political office.

Iwan Morgan teaches postgraduate courses on: The Rise of the Sunbelt since 1945; US Economic Policy from the New Deal to Obama; and US Presidents and the Presidency. He also teaches an undergraduate course on Richard Nixon and Watergate.

HIST6414 The Making of Modern America: The United States since 1920

AMER0003: US Presidents and the Presidency

Professor Morgan welcomes applications from or discussion with anyone wishing to undertake a research degree in modern US political history (from the New Deal onwards); US political economy - historical or contemporary; or the US presidency - past or present.

Currently he supervises students working on the following topics (in chronological order):