Dr Morris is a Development Economist specialising in Latin America and the Caribbean. She worked as an investment analyst, receptionist, housing development coordinator, school teacher and further education lecturer before becoming a university lecturer in Development Economics. She has taught at London University's School of Oriental and African Studies, London Metropolitan University and London University’s Institute of Latin American Studies, as well as the UCL Institute of the Americas. She has also been Senior Editor/Economist, Latin America and Head of Country Reports at the Economist Intelligence Unit in London (1995-2008) and Country Economist for Belize at the Inter-American Development Bank (2014-17). Her most recent teaching includes 'Latin American Economics: Beyond Neoliberalism' and 'The Transformation of Cuba', and the Economics and quantitative components of 'Researching the Americas' and 'Globalisation and Latin American Development'. Since returning to UCL in 2017, she has been working to establish the UCL-Cuba Research Network.

Dr Morris's research focus is on recent economic history and contemporary debates on the political economy of development, in Latin America and the Caribbean. She is currently working mainly on Cuba and the Caribbean. Her doctoral thesis (2012) was on Cuban economic policy and performance after 1990, and she continues to do academic research and write for academic and commercial publications. Current research is on sustainable development strategies – with a focus on energy and transport - in the region. 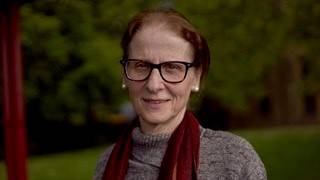