Buying Votes and Political Influence in the Caribbean: Lessons for Democracy from Belize 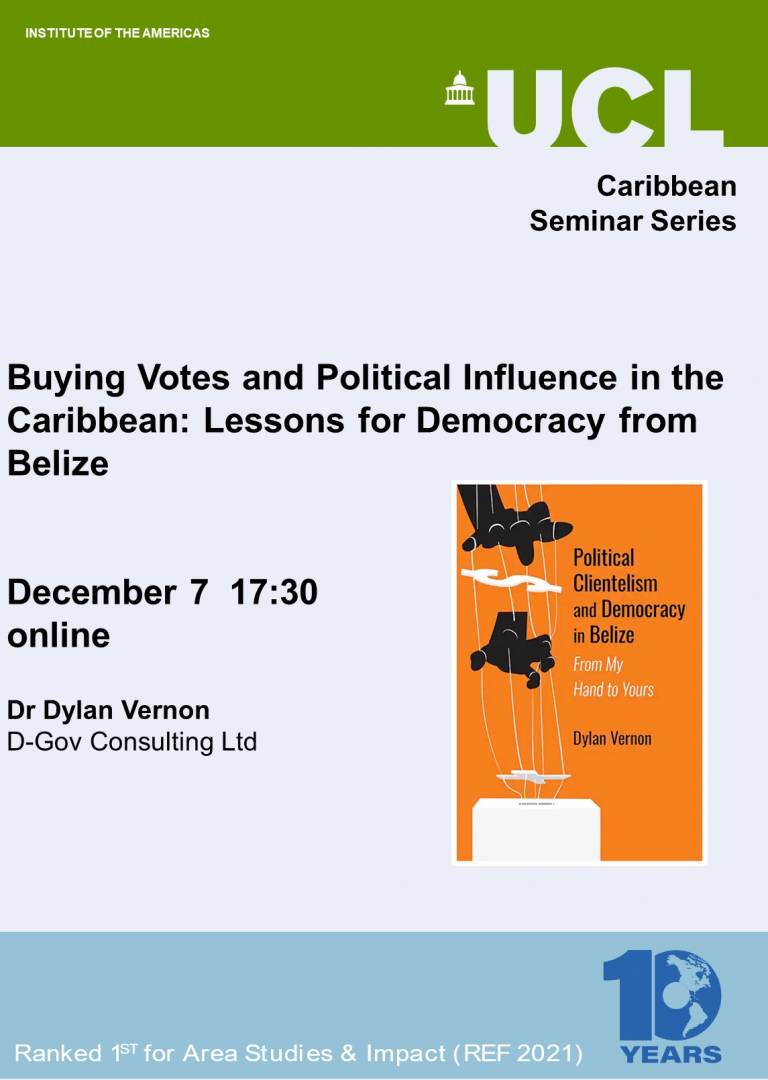 In this seminar, Dylan Vernon will discuss findings from his recent book Political Clientelism and Democracy in Belize: From My Hand to Yours (UWI Press 2022).

In states across the Commonwealth Caribbean, political clientelism – where politicians hand out resources and services in return for political support – is deeply entrenched but rarely discussed. Presenting Belize as a critical case of rampant political clientelism in the region, Political Clientelism and Democracy highlights how handout politics took root during the nationalist period and expanded exponentially after political independence. Drawing comparative insights with other Caribbean states, the book deconstructs the widespread day-to-day practices of entrenched clientelist politics in Belize, the multiple actors involved, the deleterious implications for social democracy and the herculean challenge of Caribbean politicians and citizens breaking their mutual clientelist dependency.

Dylan Vernon, a former civil society leader and ambassador of Belize, is a long time governance reform advocate who chaired the Political Reform Commission of Belize in 2000. In addition to Political Clientelism and Democracy in Belize: From My Hand to Yours (UWI Press 2022), he has several published pieces on the modern politics and society of Belize. He is currently director of D-Gov Consulting Ltd. Dylan is an alumnus of UCL Institute of the Americas, from which he holds a PhD in Caribbean and Latin American Politics (2013).