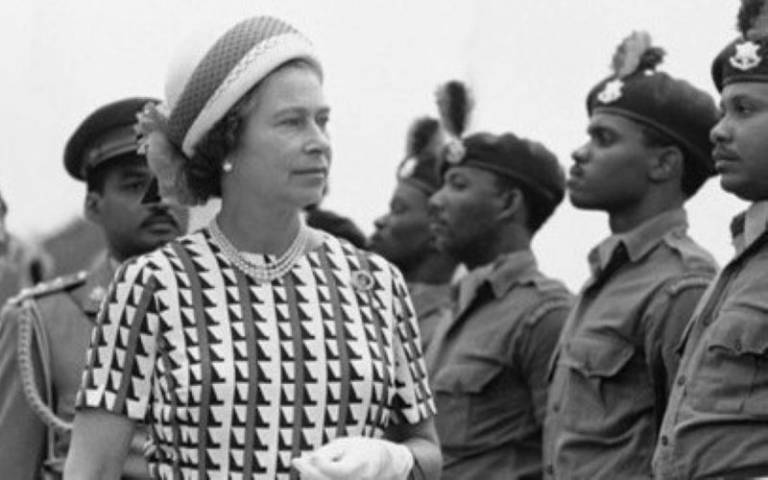 In November 2021, fifty-five years after independence, Barbados will transition from a constitutional monarchy to a Republic. Barbados is the fourth Commonwealth Caribbean nation to remove the Queen as constitutional head of state, joining fellow republics Guyana (1970), Trinidad and Tobago (1976), and Dominica (1978). While the decision to become a republic has been broadly supported, the process of enacting this change is not without controversy. What are the implications – constitutional, symbolic, and material - for Barbados, and for the wider region? Why has Barbados succeeded in this endeavour where other Caribbean states have failed? To what extent is there political will or popular support to effect such a change elsewhere? Has ‘time come’ for the British monarchy in the Caribbean?

The Institute of the Americas Caribbean Seminar Series is delighted to bring you this expert panel discussion in collaboration with the AHRC-funded collaborative research project, The Visible Crown: Elizabeth II in the Caribbean, 1952 to the present.

Professor Cynthia Barrow-Giles is Professor of Political Science and former Deputy Dean of Outreach at the University of the West Indies (Cave Hill). She has authored numerous publications on governance in the Caribbean; has participated in a number of Election Monitoring and Expert Groups in Asia, Africa and the Caribbean; and served on the St. Lucia Constitution Reform Commission from 2005-2011. She has recently been appointed by Prime Minister Mia Mottley to serve as Adviser to Barbados’s Republican Status Transition Advisory Committee (RSTAC).

H.E. David Comissiong has served as Ambassador of Barbados to CARICOM since 2018. He is the founder of the Clement Payne Movement, which successfully campaigned for the official recognition of the working-class heroes of Barbadian history. He has also served as served as Director of the Commission For Pan-African Affairs and is a founder member of the Global Afrikan Congress. His publications include It's the Healing of the Nation: The Case For Reparations In An Era of Recession and Re-colonisation (2013) and Marching down the wide streets of tomorrow: emancipation essays and speeches (2008).

Dr Derek O’Brien is a Reader in Public Law at Oxford Brookes University. He has previously taught at the Truman Bodden Law School in the Cayman Islands. His research focuses on the interrelationship between politics, history and constitutional law in the Commonwealth Caribbean. He is the author of Constitutional Systems of the Commonwealth Caribbean (2014) and a co-editor of the Oxford Handbook of Caribbean Constitutions (2020).

Professor Emerita Carolyn Cooper taught literature and popular culture at the University of the West Indies, Mona, Jamaica for over three decades. She is the author of two influential books on Jamaican popular culture: Noises In the Blood (1993) and Sound Clash: Jamaican Dancehall Culture at Large (2004) and the editor of Global Reggae (2012). Cooper writes a weekly column for the Jamaica Gleaner. 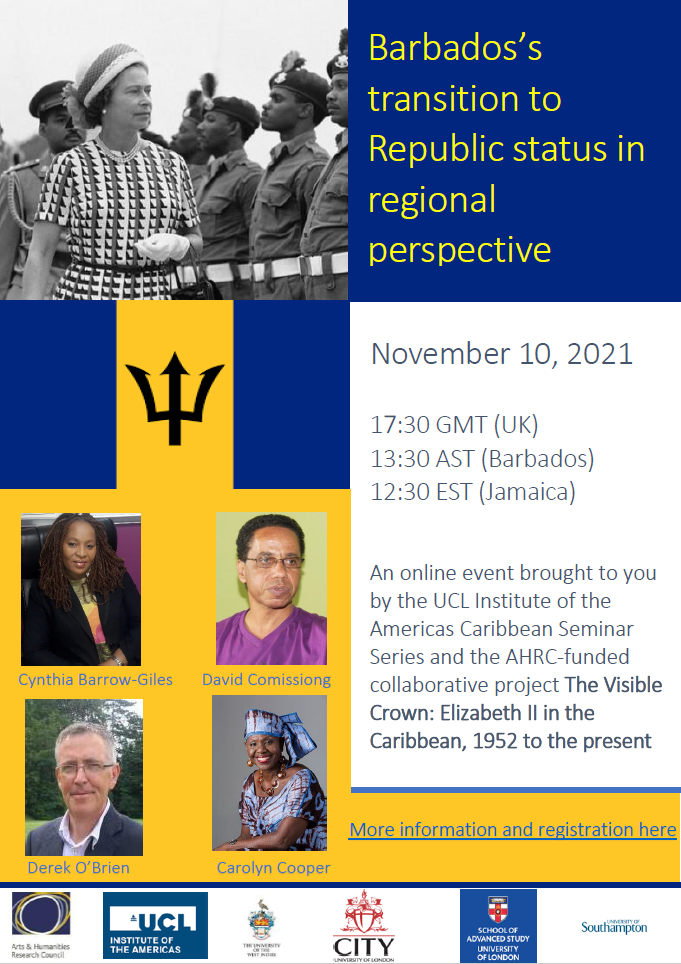