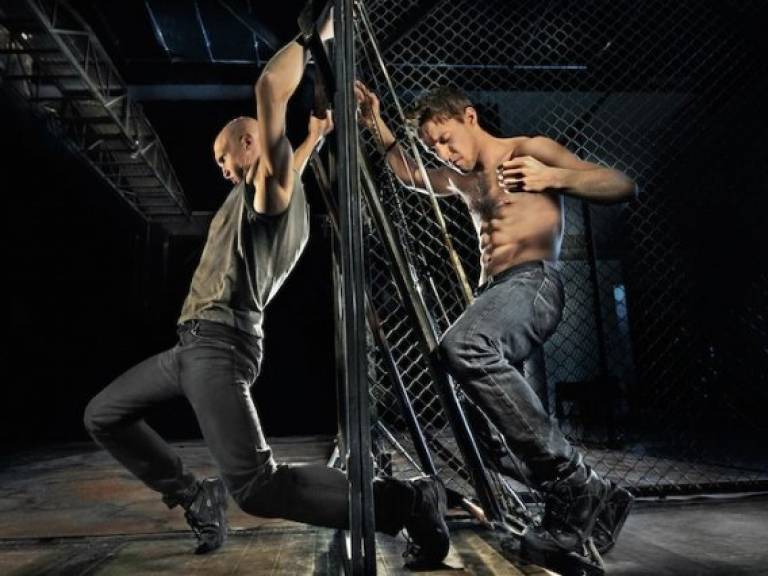 Taking as its point of departure the October 2015 restaging of PPS Danse’s iconic 1993 piece Bagne, this presentation seeks to explore multiple layers attendant to queer performance in Québec’s dance and circus scenes. As we have just celebrated Canada’s sesquicentennial and Montreal’s 375th anniversary, it seems important to examine what happens when signal pieces of the past are brought back into the present. Bagne had been noted at its 1993 premiere as bringing a homoeroticism to Montreal’s stages. This work’s restaging thus gives us the occasion to look into queer histories and presences that move across time and genre, including vital connections to Montreal’s globally influential circus worlds. As the critical press has claimed this piece to be a “masterpiece of Québécois dance” now brought to new audiences, we may discover that this queer-flavoured performance ends up revealing much about contemporary creation and re-creation in Québec.

While admission to this event is free, spaces are limited and so you are asked to book a place to avoid disappointment.

Charles R. Batson is Professor of French and Francophone Studies at Union College, Schenectady, NY, where he also won the Stillman Award for Excellence in Teaching. He is the author of Dance, Desire, and Anxiety in Early Twentieth-Century French Theatre (Ashgate, 2005), co-editor of a 2012 special double issue of Contemporary French Studies, and co-editor of 2 recent issues of Québec Studies devoted to a Queer Québec. A member of Montreal’s Working Group on Circus Research, he has published work on French and Francophone cultural production and performance in such journals as SITES, Québec Studies, Gradiva, Dance Chronicle, Nottingham French Studies, Contemporary French Studies, and French Politics, Culture, and Society. He co-edited with Louis Patrick Leroux a compendium of essays on Québec’s contemporary circus called Cirque