Every day is 'Women's Day' at UCL Americas, but on this day we salute and celebrate the thousands, the millions of women who make history everyday, throughout the world and especially in the Americas, whatever their role is: the political leader, the social activist, the anonymous citizen, the artist, the scientist. Learn more about what we teach and research at UCL Institute of the Americas via the links in our profile to the various relevant pages of our website: academic staff profiles, teaching modules, news and events.

During Women History Month 2021 we will be organising three events to mark the month, two as part of own suite of events, and one in collaboration with the Institute of Historical Research, University of London.

We are fortunate at UCL Americas to count on top-notch scholars in Gender Studies amongst our academic staff, and to be able to offer this area of knowledge to our students as one of our strong areas of study and research. In this section you will find a small selection of our academic staff's numerous pieces of research and publications.

Mercedes is working on her research project Militant Women in the Peruvian Revolutionary Projects before the Internal Armed Conflict, under the supervision of Professor Paulo Drinot and Dr Kate Saunders-Hastings. Her doctoral project examines the 1960s and 1970s through the experiences and memories of left-wing militant women, both from urban and rural settings, who took part in revolutionary political parties aspiring to challenge and change the Peruvian status quo. 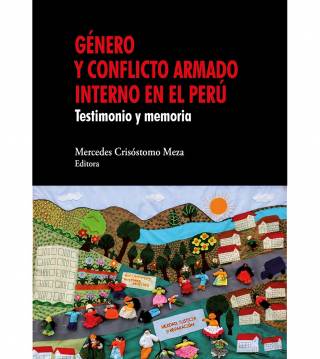 Paulo Drinot's main research focus is the history of Peru in the late nineteenth and early twentieth centuries. His thematic interests include labour history and state formation, racism and exclusion, gender and sexuality, the social history of medicine, and memory and historiography.

In 2020, Professor Drinot published The Sexual Question. A History of Prostitution in Peru, 1850s-1950s, a landmark study that charts a cyclic process of regulation and abolition in Peru, uncovering the ideas, policies, and actors shaping the debates on prostitution in Lima and beyond. The history of prostitution, Paulo Drinot shows, sheds light on the interplay of gender and sexuality, medicine and public health, and nation-building and state formation in Peru. 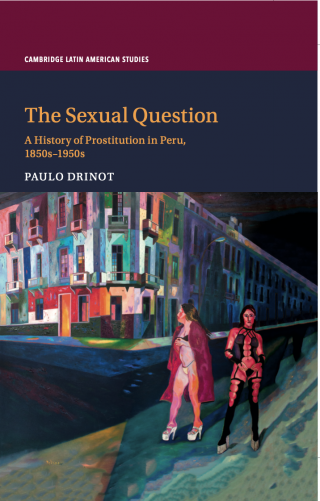 A joint study with Dr Victor Araujo, exploring the links between conservatism and violence against women in Brazil, pulbished in 2021 by the open-access preprint platform Advance | Social Sciences and Humanities, and soon to be published in a peer-reviewed journal. 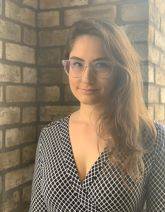 Find out more about Dr Gatto's research and teaching.

Mallory's doctoral project, Victorian Image of Canada: English Gentlewomen and their Perceptions of Canada 1830-1900, explores the English Victorian female perception of Canada and the female influence on creating and/or altering the Canadian image. The formation of the Canadian identity in the Victorian era has largely been discussed from th male lens, this work aims to address this significant missing chapter. Through the examination of primary materials produced by a number of female settlers and travellers which speak to the women's experiences in Canada, Mallory analyses women's experience and reflections of Canadian society, politics and nature, their understanding of and interactions with the French Canadians and Indigenous Peoples of Canada.

How have women in Peru used cultural contestations to challenge dominant discourses? Cultural forms of protest, or 'cultural contestations', have long been crucial in allowing marginalised groups, particularly women, to provide alternative and oppositional narratives. Phoebe's doctoral project Culture as protest: the uses of art and performance to tackle cultural gender norms in Peru looks at how cultural contestations have been used by women in Peru; comparing how cultural actors, activists, mainstream media, and the state construct narratives in relation to sexuality, the body, motherhood, and sexual violence.

Phoebe has participated in multiple events both within UCL at other prestigious institutions. Her participations include the paper ‘Poner la cuerpa’: The Body as a Site of Reproductive Rights Activism in Peru – at the conference Cultural Politics of Reproduction in Latin America conferencein January 2021, and, in 2020, the co-organisation of the gender-themed workshop ‘Andinxs: Addressing Contemporary Politics and Gender in the Andes’, which brought together scholars from Latin America and Europe to discuss the increasingly contested relationship between politics and gender in the Andean region. 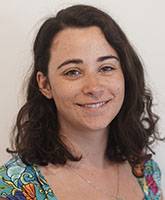 Maxine Molyneux’s current research is on the transformations of welfare systems in Latin America, citizen participation and accountability in social protection in Latin America; and the history and politics of Latin American feminism. Find out more about the vast research undertaken by and the large number of books, articles and chapter she has published over the years on the theme of women's rights and gender justice.

In the 1990's, for the first time, the Ecuadorian state addressed adolescent pregnancy as a public health problem. Despite two decades of public efforts to deal with this issue teenage pregnancies had climbed at alarming rates. Carolina's doctoral project, titled The Children of Chuzalongo: the Politics of Motherhood in Ecuador deals with thedaily actions that adolescent mothers display in order to provide care within a state project. 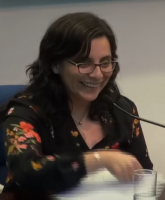 Over the years, UCL Institute of the Americas has undertaken a policy of public engagement, organising various series of open, free events: seminars, book launches, roundtable discussions, film screenings and workshops. Women's rights is one of the main themes of our events series.

Latin American Countries and Women's Rights and Needs during the Pandemic

Sexing the Blue Tide: The Backlash Against Sexual and Gender Justice in Latin America

I don't think I am a Feminist: Eugenia Charles's Gender Politics in Postcolonial Dominica

Eva Perón and the Women's Vote: Credit Where It's Due?

'Stop Asking the Women to Workshop You': Cultures of Inequality in Higher Education

Gender and Protest at Morant Bay and in Post-Emancipation Caribbean

Freedom of expression, power and the media in Mexico: the case of Carmen Aristegui

Violence Against Women in Mexico and Central America