Alumni stories: How Vanda Suha is building a new alumni group in Belgium 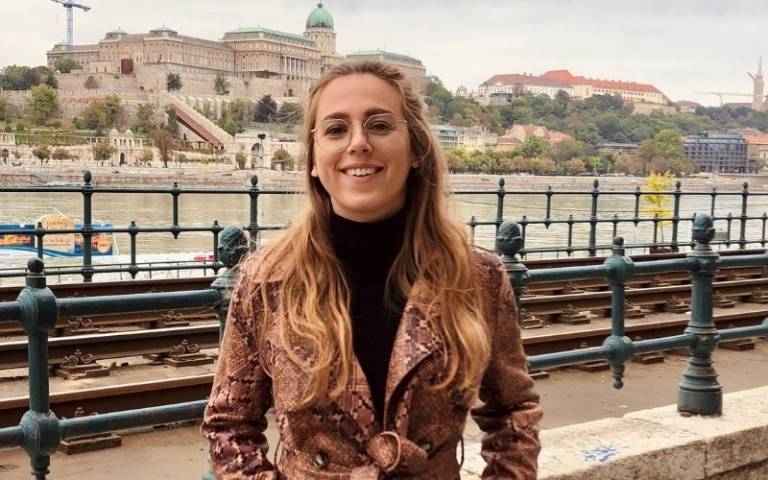 Having a thriving localised alumni community can be both reassuring and inspiring for recent graduates, giving many a platform to make connections and grow their network. Vanda Suha (MSc Security Studies 2020) is driven by this and together with her co-organisers, she’s re-igniting the UCL Alumni Group in Belgium.

Vanda is a sustainability consultant living and working in Brussels. Originally from Budapest, she was already studying in London when she decided to extend her stay and take her master’s degree at UCL. She says: “My experience was really good. I liked my modules, and my teachers were very involved, including during the switch to online teaching due to the pandemic.”

When she settled in Brussels in 2021 and kept meeting people who’d studied at UCL, Vanda decided to reconnect with her alma mater. Vanda says: “I thought it could be interesting for people who attended UCL to have an opportunity to meet others.

“I contacted the alumni community Instagram page and was told there was a Belgium group already but it had been dormant for a while. They asked if I would like to help restart it. From there, I met my two other volunteer co-organisers and we got to work.”

In March 2022, the team - aided by the UCL Alumni Relations - organised a successful online panel talk, ‘How to work in Brussels’, aimed at recent graduates and students. A second event is now in the pipeline.

Vanda believes that all alumni can play an invaluable role in supporting the next generation. “I can relate to recent graduates and current students who are unsure about the future, especially because we're living in such uncertain times,” she says. “Going to university helps you grow as a human being, but there can be times when you feel insecure about entering the ‘real world’. Alumni groups like ours provide reassurance to new graduates about their next steps, and show them that there are people to support them.”

In addition to her role as co-lead for the UCL Belgium Alumni Group, Vanda has spoken to more than 60 students this year at an alumni panel during the International Festival, and has previously volunteered at a UCL study abroad panel. She says: “I attended similar events when I was a student and found them inspirational."

Volunteering and setting up an alumni group has helped Vanda to develop professional skills that support her career, such as outreach and events organisation. But along with this, she’s also built her personal network, finding friendship groups in her new country.

She says: “It's great fun, and you don't have to be super-super active. Organising events every two or three months is enough, and everything is easier now because you can do things online. This means you can also involve current students who might be interested in moving to where you are.”

To any alumni who are considering connecting with UCL as a volunteer, Vanda adds: “Just do it!”

Looking to find alumni near you?
Wherever you are in the world, you won't be far from another UCL graduate! If you want to connect with other alumni in your region, visit our alumni groups page.

Feeling inspired to volunteer your time, like Vanda?
Be the first to know about all alumni volunteering opportunities via our monthly mailing, Volume.