How Claudia Chwalisz is reshaping democracy for a fairer future for all. 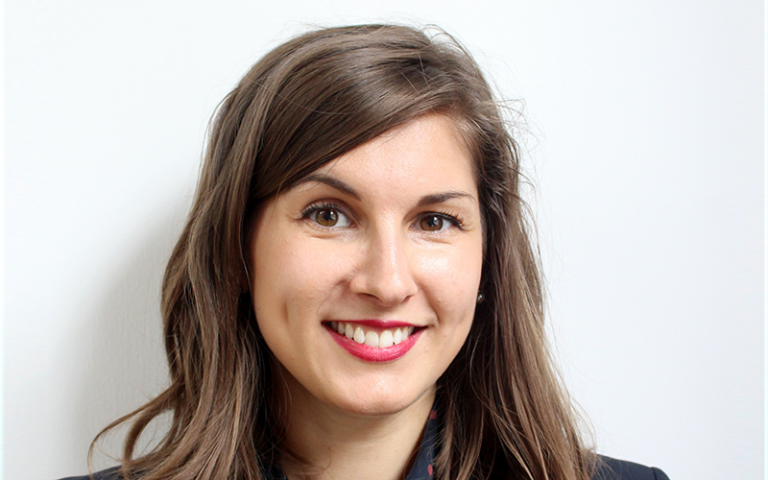 Claudia Chwalisz (MSc European Public Policy 2014) is quietly changing the face of democracy across the world. From her home in Paris, Claudia is leading the Organisation for Economic Co-operation and Development’s (OECD) work into innovative ways that public authorities are involving everyday people in their decision making.

As a child, Claudia was interested in everything. From her hometown in Oakville, near Toronto, Canada, she buried herself in learning. “I was just as excited about English and history and politics and physics and chemistry and everything!” She says. “So I really struggled to figure out what I wanted to do based on all this curiosity.”

Her path to UCL came via an undergraduate degree in political science at Queen’s University in Canada, which gave her the opportunity to experience the UK for the first time. Claudia says: “I took this specific programme where I studied at Herstmonceux Castle in East Sussex. I fell in love with the UK, and with London, and wanted to come back.”

With her sights set on the UK capital, Claudia chose UCL because of the rigor of its quantitative and qualitative research training on the European Public Policy course. But she soon found so much more that would intellectually stimulate her and prepare her for what was to come.

“My MSc was quite narrow, but because of all the electives I took, I ended up exploring a really broad range of topics, and wrote my thesis on comparative political economy,” she says. “My cohort was very international and there were only 15 of us on the programme. I felt like we had a lot of attention and care from Christine Reh, who was the head of the programme, which really broadened our experiences. I remember she organised a trip to Brussels so we could meet different people in different European institutions.”

Claudia’s first career move was while she was still studying, via a part-time internship at the think tank Policy Network. Soon after graduation in 2015, Claudia published her first book – The Populist Signal: Why Politics and Democracy Need to Change, which was launched at the Royal Academy with 90 esteemed guests.

At Policy Network, she progressed through to a senior research role, looking into populism, political economy and democratic innovation, then taking a step into the private sector via a consultancy called Populus. Her role was in the political strategy team, mainly dealing with campaign work and government departments.

During this time, Claudia went on to write two more books and edit academic volumes about political economy. “Some of the more meaningful experiences are when a minister contacts you because they'd like to have a conversation about what you've written,” she says. “But for me, the books are a means to a wider end, which is trying to provoke a certain type of change in our democracies and in our government systems. Feeling like that's having some sort of impact is what is significant and interesting to me.”

When asked to choose a career highlight, Claudia admits it’s difficult to pick a single example. But there is one achievement that she’s particularly fond of.

In 2019, Claudia was called on to be part of a small group of experts designing the world's first permanent Citizens’ Council. It’s a body of randomly selected members of the public, working alongside the parliament in Ostbelgien, the German-speaking community of Belgium.

This Council decides the issues that should be addressed further by independent Citizens’ Panels, leading to concrete policy recommendations for the parliament. There’s currently nowhere else in the world where citizens are so consistently involved with shaping the future of their region. “It's a small region, but it's the trailblazer in democratic innovation,” says Claudia.

She adds: “Being part of the group of experts who designed this is brilliant because now we can see that being a source of inspiration for other places. I'm currently working alongside other experts with the Paris Mayor's office to design a similar system for the city – obviously on a much bigger scale, with millions of people affected by it. Being the seed of change is exciting!”

As Claudia progresses further into her career, she has also reconnected with UCL as an alumna – speaking at many UCL events and supporting students and recent graduates who are looking to work in the sector. Most recently, this included a UCL Connect: How to Work in Policy panel event, which brought together experts to talk about their experiences in policy.

Claudia has found great opportunities through being open to connect, and she encourages all UCL alumni to do the same. She says: “Even the busiest of people are often willing to have a conversation with you if you show genuine interest and curiosity in their work. Being humble and wanting to learn from people goes quite a long way.

“Take my professors at UCL for example. I’ve stayed in touch with a lot of them at various points in my career, including Peter John and Meg Russell. Try to meet and build relationships with nice people you’re inspired by – actively using Twitter is great for this.”

For current UCL students, Claudia believes there’s power in understanding the core of what drives you. She says: “Let the direction you’d like to go in be driven by what’s personally motivating you. At UCL, you can follow your interests, there’s still room within your studies to develop these outside of your overarching research topics.

“Also, be willing to be patient. In your career, sometimes you need to move into the organisation you want, then on to the role you want. You need to gain that diversity of experience to build your own skill set.”

Looking to find alumni near you?

If you want to connect with other alumni in your region, we can help you find groups and clubs near you. Visit our alumni groups page to find out more.