History of the ASCR 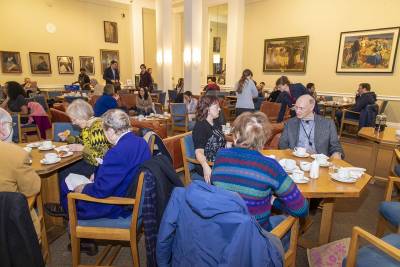 Originally the Housman Room was "men only". That was changed in 1969 by the combined efforts of Brian Woledge (1904-2002), who was the Fielden professor of French, and David Colquhoun (then a recently appointed lecturer in Pharmacology). In 2014, David Colquhoun recorded the history of that era on his personal blog.

In 1969 the three common rooms merged to form the Senior Staff Common Room, and in 1979 with the adoption of a new constitution the name was modified to its present form, the Academic Staff Common Room (ASCR).

In 1989 the then Provost, Derek Roberts, re-allocated the Margaret Murray Room for use by College administration; in 2003 the Haldane Room was opened up for use by all UCL staff and in 2007 refurbished and made bookable for meetings and seminars.

The ASCR now provides facilities in the Housman Room for its membership of some 2500 current, retired and visiting staff.