Since its foundation, UCL has been a natural home for innovative thinkers from all backgrounds – those who bring fresh perspectives and new approaches to tackling complex global problems.

UCL2034 seeks to support those thinkers now and for the future, creating a supportive home and enabling environment for our academics to excel.

Some of our achievements this year have been high-profile, attracting media headlines, such UCL’s part in the research that led to capturing direct visual evidence of a supermassive black hole, in a world first. Others have been less prominent, but no less significant in their impact.

Either way, they reinforce UCL’s reputation and pave the way for new opportunities. Our academic achievements in 2019 have ensured that UCL retains its place in the global top 10: we truly are a world-leading university. 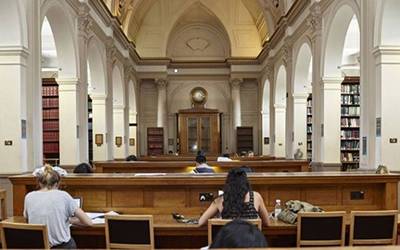 UCL Open is the first university megajournal that gives anyone with an internet connection access to ground-breaking research, free of charge.

While the current model for scholarly publishing relies mainly on subscriptions, locking out those that can’t afford them, UCL Open aims to revolutionise academic publishing by not only providing research for free but also slashing publication times and publishing peer reviewers comments to improve transparency.

Research published in UCL Open: Environment showcases radical and critical thinking on real world problems and focuses on all aspects of environment-related research – from life and earth sciences to engineering and social sciences. UCL Open is still being developed and as it grows it will cover a range of multidisciplinary research subjects, transforming how knowledge is shared and applied to humanity’s problems. As UCL Open grows it will operate as both an e-journal and a preprint server.

Accepted submissions, from any grade of researcher from inside or outside UCL, will be available first as open access preprints – scholarly articles that precede publication in a peer-reviewed journal – and then undergo a fully transparent open peer review before the final article is published as an e-journal.

Dr Paul Ayris, CEO of UCL Press and founder of UCL Open, said: “We believe that an open science agenda is the best way to ensure the future of academic and scholarly pursuit. UCL Open supports this belief and ensures that knowledge is accessible to all, regardless of location or financial means.”

Case study: Constitution Unit contributes to the creation of a new think tank in Northern Ireland 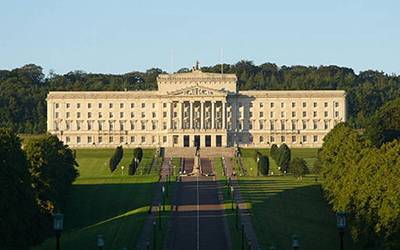 UCL’s Constitution Unit (UCL CU) has played a crucial role in the creation of Pivotal, an independent think tank focusing on economic, social and government issues in Northern Ireland (NI).

While public policy think tanks are a prominent feature elsewhere in the UK and Ireland, no wide-ranging think tanks existed in NI.

Pivotal will not take any position on constitutional issues, as the problems tackled will largely be similar whatever NI’s constitutional status. Instead it aims to foster debate about the future and bring new voices to the fore – in particular young people, women and business – and provide a forum where citizens and a representatives from different sectors can examine issues, bring new perspectives and generate fresh ideas.

The report suggested that changes were needed in the approach to policy-making for the prosperity, well-being, and stability of a power-sharing government and that establishing a think tank, independent of government and working across the fields of economic and social policy, could help.

Pivotal is supported by a broad-based coalition in NI, and an academic partnership with Queens University and Ulster University. The Government, the NI civil service and Irish government have been supportive. 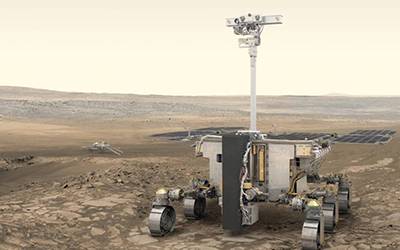 UCL has signed a memorandum of collaboration agreed with the European Space Agency (ESA), covering a range of topics and aimed at encouraging students to study Science, Technology, Engineering and, Mathematics (STEM) subjects.

The memorandum is one of the most comprehensive to date between ESA and a university and strengthens the ties between UCL and the ESA. The memorandum of collaboration, signed by Jan Woerner, Director General of ESA, and David Price, UCL Vice-Provost (Research), covers 16 exciting themes, including satellite communications; space law and regulation; space medicine and off-world living.

UCL has a long history of working with ESA on missions to study space weather and other phenomena. UCL contributed to ESA’s Giotto, Mars Express, Venus Explorer and Rosetta missions and currently provides leadership for three of the ESA’s missions: The ARIEL mission to explore the atmospheres of 1,000 exoplanets; the SMILE mission to study space weather and its potential effects on the Earth’s technological infrastructure; and the Comet Interceptor mission.

The aim of the partnership is not only to inspire young people to study STEM subjects and create job opportunities in an ever-growing industry, but to grow the support that ESA provides for UCL’s space, and related, research programmes at UCL. The partnership will also work to gain insights not just on science and technology but on policy and governance, opening up opportunities, for both parties, for sharing and shaping a vision our future in space.